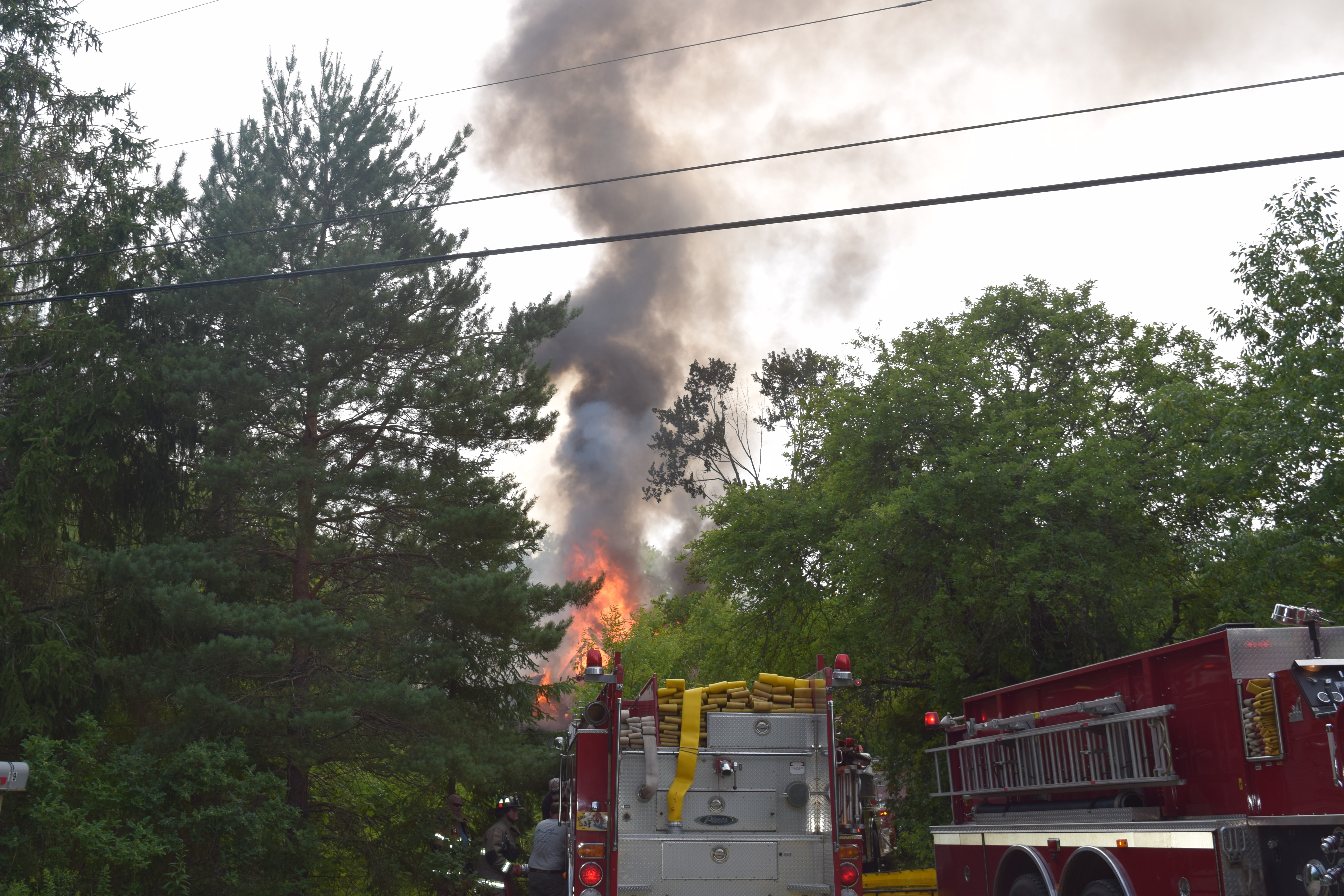 Flames and smoke rise from a house fire on Calls Hill Road in Dresden on Monday, July 16. (Jessica Clifford photo)

A fire of unknown origin destroyed a home at 19 Calls Hill Road in Dresden the afternoon of Monday, July 16.

Richard Goldman and Linda Hermans own the home, but were not home when the fire started, according to emergency officials.

Their dog, Emmy, escaped, but a cat, Renny, died in the fire, according to Wiscasset Fire Chief T.J. Merry. Merry was initially in command of the fire until Dresden Fire Chief Steve Lilly took command.

Hermans said they had owned the house since 1985. 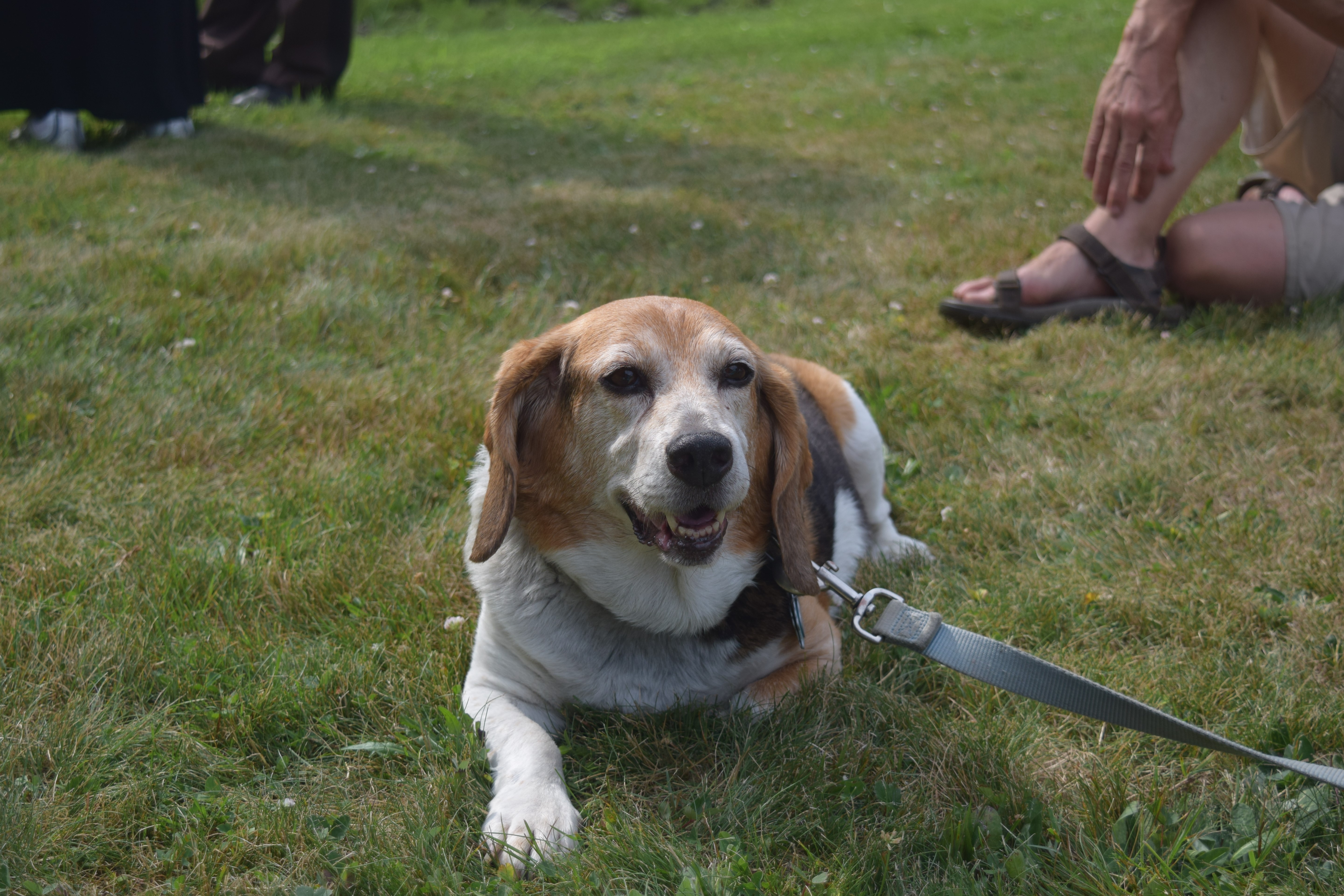 Emmy the dog was able to escape a fire at 19 Calls Hill Road in Dresden on Monday, July 16. (Jessica Clifford photo)

The Maine State Fire Marshal’s Office could not determine the cause of the fire “because there was too much damage in the area of origin; the fire department had to use an excavator to get the fire out,” Sgt. Joel Davis said.

The fire started on the back side of the house; however, Davis could not say if it started inside or outside.