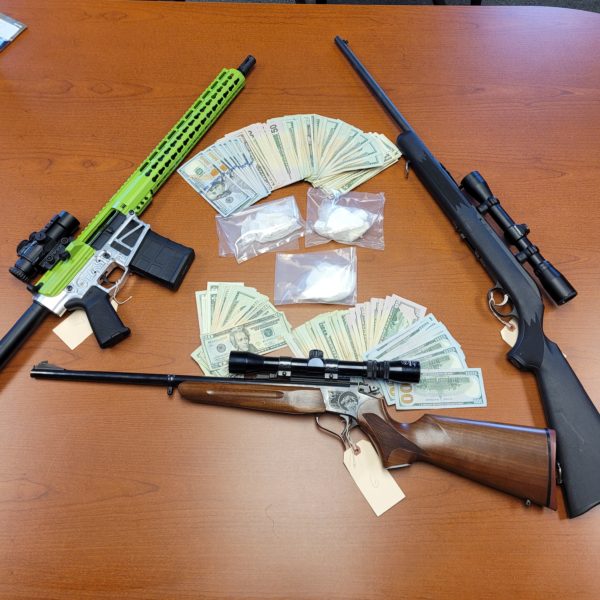 Gary Beverage, 46,  and David Beal, 49, both of Jefferson, were arrested without incident on drug trafficking charges Wednesday morning, Aug. 4. They are each charged with two counts of a Class A crime for aggravated trafficking in fentanyl and cocaine.

A search of the residence at 13 Martin Road turned up 153 grams of cocaine, 25 grams of fentanyl, and $5,600 in suspected drug proceeds. Three  firearms were also found in Beverage’s bedroom.

Additionally, the residence was “fortified with wooden barricades at the entrances, as well as … security cameras and warning systems to alert residents of intruders and law enforcement,” according to a news release from the Maine Drug Enforcement Agency.

The bust is the result of a six-month investigation. Warrants for the arrests were related to undercover drug buys.

Agents from the MDEA  Mid-Coast District Task Force and detectives from the Lincoln County Sheriff’s Office have been investigating illegal distribution of fentanyl and cocaine from the residence for the past six months.

Out-of-state drug traffickers routinely traveled to Maine, delivering fentanyl and cocaine to the two men who either sold the drugs or engaged others to sell them throughout the Greater Jefferson area, the news release said. Agents made undercover drug purchases from both men.

Beverage and Beal were transported to Two Bridges Regional Jail in Wiscasset.

The investigation is ongoing.