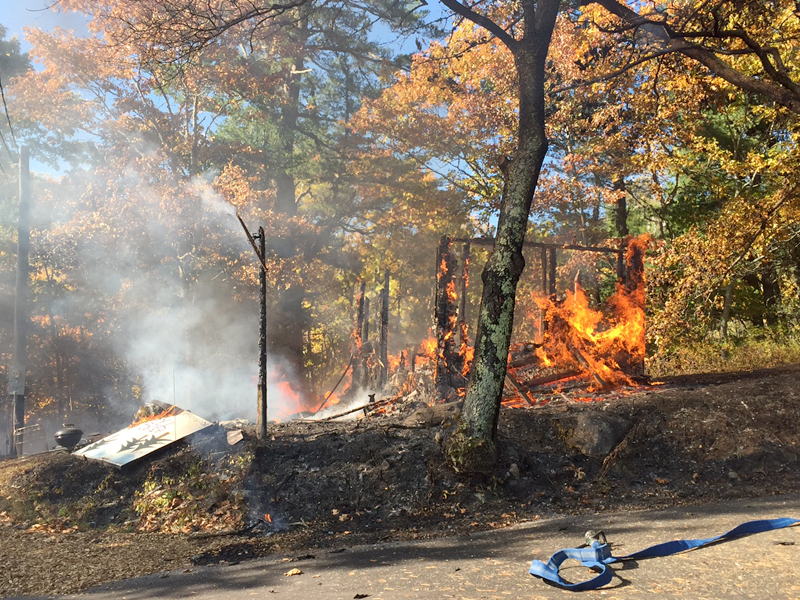 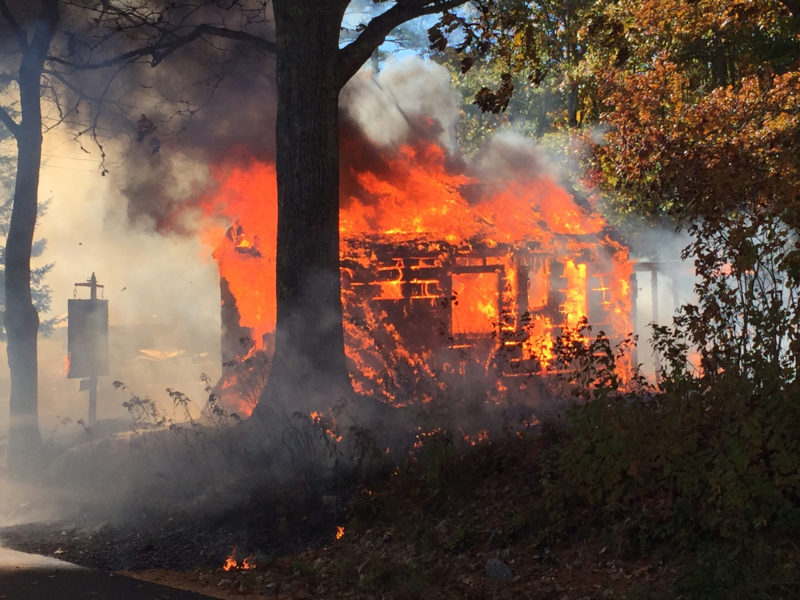 Fire rapidly consumed a shed in North Newcastle the afternoon of Wednesday, Oct. 19.

Newcastle Fire Chief Clayton Huntley said no one was in the building when the fire started and there were no injuries.

The cause of the fire has not been determined due to the amount of damage, Huntley said.

The Lincoln County Communications Center paged the Newcastle Fire Department to the intersection of North Dyer Neck Road and Jones Woods Road (Route 194) for a report of a possible structure fire at 1:42 p.m. 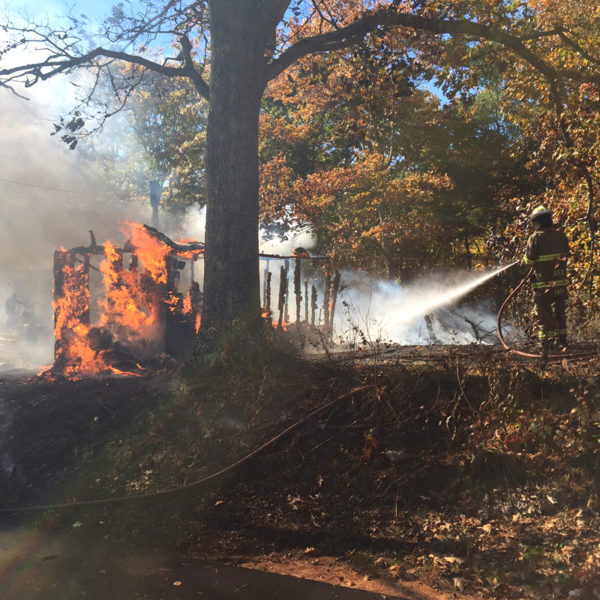 A Damariscotta firefighter works at the scene of a structure fire on North Dyer Neck Road in Newcastle. (Maia Zewert photo)

Huntley said the fire departments fought the shed fire defensively, to prevent the fire’s spread. The fire damaged a mobile home on the property, but firefighters were able to fight that part of the fire more aggressively and prevent extensive damage to the home.

The fire spread to a nearby Central Maine Power Co. pole. CMP responded to the scene to cut power.

The homeowner, Stephanie Clayter, was walking her dog when the fire started, Huntley said.

The Newcastle Fire Department returned to the scene the morning of Thursday, Oct. 20, to douse some hot spots in the woods behind the shed site, Huntley said. 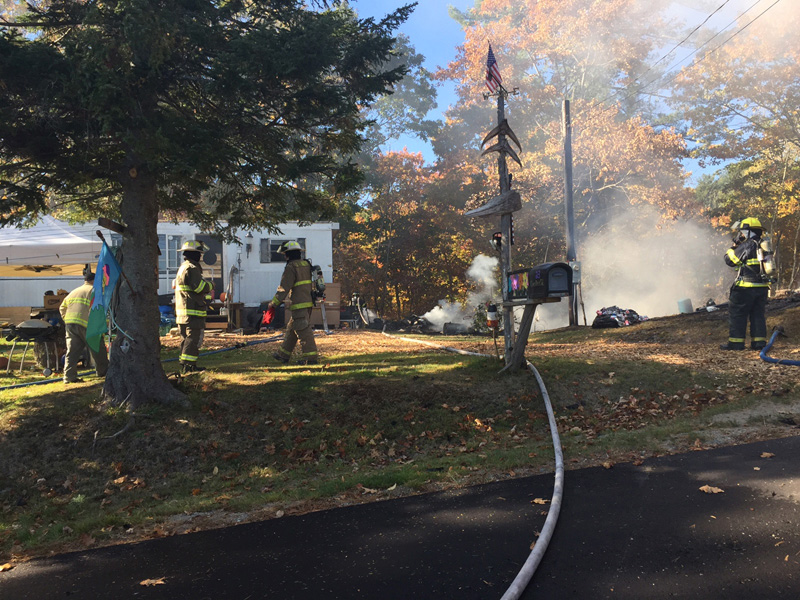 Firefighters work at the scene of a structure fire in Newcastle the afternoon of Wednesday, Oct. 19.