Police have identified the victim of a fatal crash on Route 1 in Damariscotta on Monday, Nov. 7 as a Boothbay man, Shannon Gilbert, 76.

Local emergency personnel work on the scene of a fatal accident near the intersection of Main Street and Route 1 in Damariscotta the morning of Monday, Nov. 7. (Maia Zewert photo)

Gilbert was driving a 2007 GMC 1500 pickup truck southbound on Route 1 near the intersection with Main Street, according to a press release from the Damariscotta Police Department. Jason Spear, 45, of Rockport, was driving a 2005 Peterbilt tractor-trailer northbound on Route 1. The pickup came to rest on its side in the Route 1 median. Further details about the cause and circumstances of the accident were not immediately available. 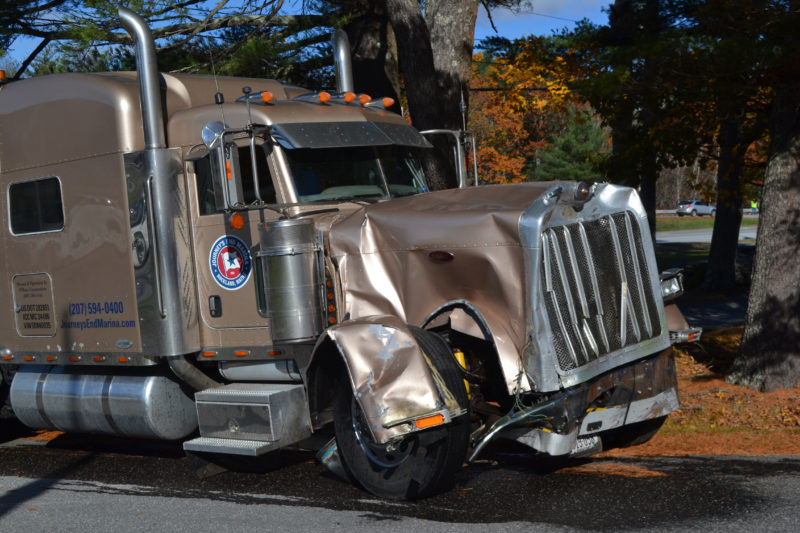 A tractor-trailer was involved in a fatal crash with a second truck on Route 1 in Damariscotta, near the intersection with Main Street, the morning of Monday, Nov. 7. The logo on the truck identifies it as being from Journey’s End Marina in Rockland. (Maia Zewert photo)

The Lincoln County Sheriff’s Office is conducting a crash reconstruction. The Maine State Police Commercial Vehicle Division is also investigating due to the involvement of a commercial vehicle.