Two men died and four people were injured in a house fire at 116 Pleasant Cove Road in Boothbay the morning of Sunday, Oct. 9.

Baldomero “Bart” Zamora, 50, and Lucas Farias, 23, both of Chicago, died in the fire, according to Maine Department of Public Safety spokesman Stephen McCausland.

Zamora and Farias died on the second floor of the house, apparently while attempting to escape, according to McCausland. Their bodies were found near windows in separate bedrooms.

A woman, Julie Gilbert, 48, of Chicago and formerly of Damariscotta, escaped one of those bedrooms by jumping out a window. She is being treated for burns at Maine Medical Center in Portland.

Zamora was Gilbert’s boyfriend, according to McCausland. Farias was her son.

A second woman, Alexandra King, 26, of Winslow, and her two children, Harley and River Raymond, 8 and 4, respectively, were sleeping on the first floor and escaped with minor injuries, according to McCausland. All three were taken to a hospital, where they were treated and released.

The fire started in a first-floor living room, but investigators have not determined a cause.

As of the afternoon of Tuesday, Oct. 11, the Maine State Fire Marshal’s Office is continuing to investigate the fire, according to McCausland. Investigators and inspectors were at the house Tuesday to examine the scene and search for the cause of the fire. Investigators have also interviewed the survivors.

The occupants had rented the Cape Cod-style house for the weekend for a belated celebration of Zamora’s 50th birthday, according to McCausland. Several friends attended a birthday party for Zamora the night before the fire.

Fire Marshal Joe Thomas told the Portland Press Herald that investigators would look for smoke detectors and attempt to determine whether they were in working order at the time of the fire.

The house belongs to Troy D. and Trina L. Lewis, according to Boothbay tax records.

Troy Lewis’ mother, Mary Lewis, told the Portland Press Herald that the family had recently booked several short-term rentals of the house through the website Airbnb. She said the house did have smoke detectors.

A page on gofundme.com for the “Julie Gilbert relief fund” has raised $9,040 as of early Wednesday, Oct. 12. According to the page, Gilbert is a United Airlines flight attendant based in Houston. The page says Gilbert sustained third-degree burns.

Gilbert was listed in fair condition Tuesday, Oct. 11, according to the Portland Press Herald.

Farias recently graduated from DePaul University in Chicago with honors, according to reports citing a statement from his father, Frank Farias. He was pursuing a master captain’s license.

“Yesterday we all lost an amazing man, a loving son, a caring brother, and most of all, a true friend to many,” Frank Farias said, according to reports.

“He was an incredible musician (and) had the ability to pick up any instrument and play it,” said Frank Farias.

Zamora was a father of two and grandfather of two, according to the Portland Press Herald. He was a veteran of the U.S. Army Reserve.

On Sunday, Lincoln County Communications dispatched the Boothbay Fire Department to the scene at 7:38 a.m. 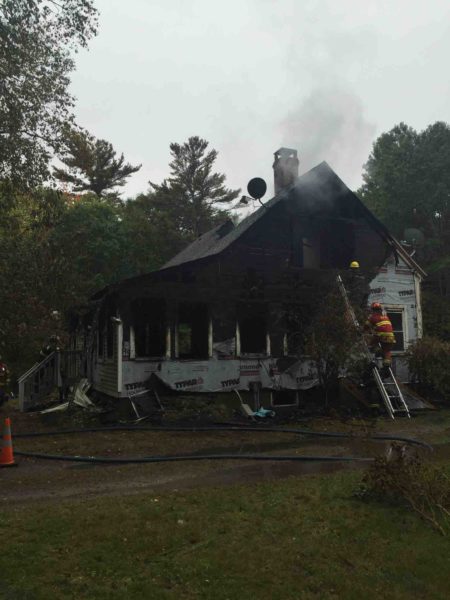