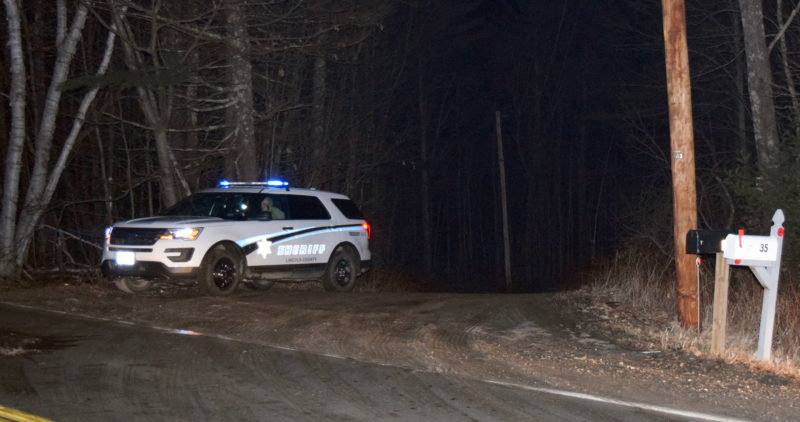 A 57-year-old Waldoboro man died and one of the town’s police officers was shot but survived and is doing well after an exchange of gunshots on River Bend Road in Waldoboro early Sunday, Jan. 22.

Sgt. Jamie Wilson and Officer John Lash, of the Waldoboro Police Department, responded to a residence on the gravel road off Route 32 for a report of a domestic disturbance around 1 a.m., according to Waldoboro Police Chief Bill Labombarde.

When Wilson and Lash arrived, there was an exchange of gunfire between Lash and Jon Alspaugh, 57, a resident of the home, according to Labombarde.

Alspaugh was fatally wounded, Labombarde said. Lash was shot, but his bulletproof vest absorbed the brunt of the impact. He was taken to LincolnHealth’s Miles Campus in Damariscotta, but has been released and is doing well.

An elderly female and Alspaugh’s wife were also at the residence at the time of the shooting. Neither were injured, according to Labombarde.

Alspaugh did not have a criminal record, according to Labombarde. He “never popped up on our radar” before Sunday, Labombarde said.

Lash is a December 2014 graduate of the Maine Criminal Justice Academy. He has been an officer in Waldoboro for about three years, according to Labombarde.

The Maine Attorney General’s Office will investigate, as is standard in all police-involved shootings in the state.

Per the Waldoboro Police Department’s protocol, Lash has been placed on paid administrative leave while the investigation takes place, Labombarde said. Wilson has not been placed on leave.

In a Facebook post, the Waldoboro Police Department expressed gratitude for the officers’ safety and for the support of the community and its fellow law enforcement agencies.

“Would like to send out a huge thank-you to the community and fellow officers and surrounding agencies for your overwhelming support,” the post reads. “We are so thankful for the safety of Officer John Lash and Sgt. Jamie Wilson with this past weekend’s incident.

“We all know the dangers of this profession and our ultimate goal is to return home to our families at the end of our shifts. This weekend, God was surely watching over these officers. … Our thoughts and prayers are with these officers and their families, as the emotional toll of the incident is far from over.”