Waldoboro has a new town manager.

After a closed-door session the evening of Wednesday, March 8, the Waldoboro Board of Selectmen voted unanimously to follow the recommendation of the town manager search committee to hire Julie Keizer, subject to a background check and the signing of an employment agreement.

Board Vice Chair Jann Minzy said Keizer could start by May 1. 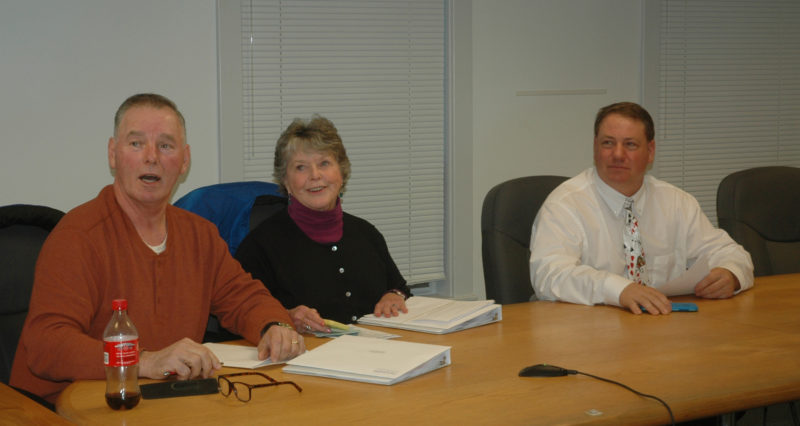 Keizer is a seasonal resident of Damariscotta and plans to move into her home there on a year-round basis. She has visited Lincoln County since, as a newborn, she came to Chewonki Campground in Wiscasset with her parents in 1961.

“It intrigued me,” Keizer said of the Waldoboro position. “I think we are going to be a very nice fit.”

She said she looks forward to starting work.

“I think Waldoboro has a lot of opportunities and some challenges. I think that was the most intriguing part of the job: how can I help,” she said.

Kendall, the interim town manager and chair of the search committee, said he was excited to hear the board’s decision.

“I’m pleased the select board accepted the recommendation of the town manager search committee,” Kendall said.

“I have 25 years of experience (in municipal government) and am not done yet by a long shot,” Keizer said.

Kendall said the town is fortunate Keizer, who has three children in Maine, bought a house in Damariscotta to retire to and decided to move to Lincoln County earlier than initially anticipated.

“I think it’s very good news for Waldoboro. I think she’s a winner and will provide a lot of stability,” Kendall said.

Keizer said with her children and grandchildren in Maine, it wasn’t feasible to stay in New Jersey.

“Grandma could not be in New Jersey while they are making their lives in Maine,” Keizer said.

Kendall said two primary concerns of the search committee were to find a candidate who was friendly and personable and to find someone who lived in the area, and he believes Keizer fits the bill.

“The committee wanted someone local and I think someone living in Damariscotta is that,” Kendall said.

Keizer said she is looking to become a part of the Waldoboro community.

“It seems like they need someone to invest in the community and make it their own. I take public service seriously. I enjoy the residents and I like knowing their stories,” Keizer said.

Kendall said he is optimistic the background checks and contract negotiations will be completed in a timely manner so he can present information to the selectmen at their meeting Tuesday, March 28.

Keizer said one of her first goals in Waldoboro will be to get to know the staff at the town office.

“I’m a team-builder, so I think I’m going to start off getting to know the town staff and volunteers,” she said. “I’m going to take a lot of input from people and we are going to build a team. I think the number one thing is to get to know the staff, figure out what our strengths are, and capitalize on them.”

Kendall said Waldoboro had 26 applicants for the town manager position, 14 from out of state and 12 from Maine. The search committee interviewed five.

Keizer graduated in 1990 from Georgian Court College, of Lakewood, N.J., with a bachelor’s degree in business administration.

Keizer said a big emphasis for her as a public servant is long-range planning, a strategy she wants to bring to Waldoboro.

“I think they need that cohesive and long-term person. I’m a people person. Communication is key. We have to be able to communicate and approach the community,” Keizer said.