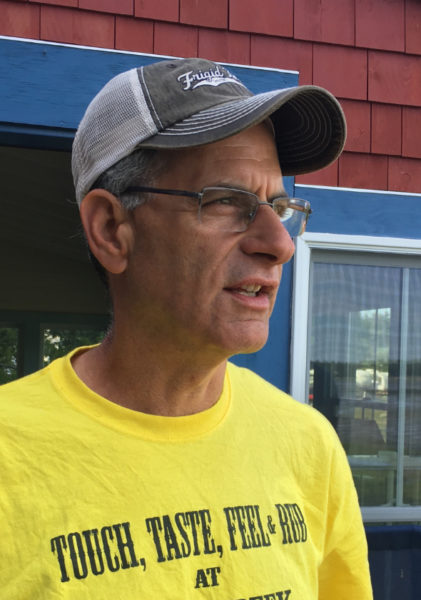 Paul Frederic Sabatine, 56, of Pittston died in his sleep at his home sometime during the night of Nov. 30/Dec. 1.

Paul was born in Doylestown, Penn., the son of Onofrio and Millie. In 1976, at the age of 16 he moved with his family to Whitefield. He graduated from Wiscasset High School, then attended the University of Maine at Orono where he earned an associate degree.

He was an avid outdoorsman. Paul was particularly passionate about cutting firewood, as well as hunting deer and moose. He was a quiet and thoughtful man with a sharp wit. His love and commitment to family and friends was enduring.

Paul spent much of his working life on dairy farms throughout Maine. In this capacity, he met and worked with farmers in every corner of the state. Those who knew him respected his knowledge and willingness do whatever was required to get the job done. His work ethic was admirable

While working at The Sanborn Farm in Sabattus, Paul met the love of his life, Donna, and in 2014 they married. They shared a special bond. The love and affection they had for each other is beyond words.

2016 represented an epic year for Paul. He had a successful moose hunt with his family and friends in northern Maine and in the last days of deer season, he shot the buck of a lifetime on his land.

In lieu of flowers, donations may be made to the Big Pine Gun Club Youth Foundation, P.O. Box, 6 Guilford, ME 04443.