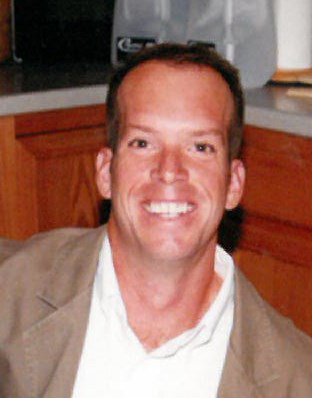 Aaron David Pearce, 46, of Edgecomb, passed away unexpectedly but peacefully at his residence on Dec. 5. Aaron was born on Oct. 20, 1970 in Boothbay Harbor to R. Daniel and Mary (Oakes) Pearce.

After high school, Aaron settled in East Boothbay and established a successful lobster and urchin diving career going from his own dock in Little River. He began his family in his new home and had some years of success and happiness.

He was proud to have been a member of the Bay View Masonic Lodge 196 in East Boothbay. Aaron enjoyed a close relationship during this time with Ralph Knapp, helping him with marine construction. Aaron was always enthralled with the visions he saw when commercial diving and often talked of the huge brass bell he discovered on the ocean floor. It was always his intention to recover this bell to learn its history, but work got in the way. Aaron established valued friendships in the industry and often mentioned how much he enjoyed working with and alongside his uncle Brady Pearce, Skip Rideout, Jeremy McLellan, Jody Murray, and the late Steve Arsenault, just to name a few.

Aaron loved sports and outdoor activities. He especially enjoyed snowmobiling and hunting with his brothers, taking his kids to his sister’s annual summer barbeque, and always had a dream of traveling in a camper, taking his beloved dogs with him. He was an avid Patriots fan and was hoping to see the ‘deflated’ NFL commissioner hand Brady the super bowl trophy again this year.

Life threw Aaron a curve ball, however, and he struggled mightily with severe anxiety and depression associated with a Bipolar Type II diagnosis. His work turned from commercial fishing to trying to manage a debilitating chemical disorder. During this difficult time, his children became his port in the storm and he was so very proud of them. Aaron will always be remembered for his quick wit, strong work ethic, amazing smile, and unflagging honesty.

Aaron is survived by children, Emma and Benjamin Pearce of Boothbay Harbor; mother and bonus father, Mary and Larry Knapp of Boothbay; brothers, Brian Pearce and wife Tracy and their daughter Gracelyn of North Yarmouth, and Caleb Knapp and children Isaac and Kay Knapp of Newcastle, and Aileigh Johnson-Knapp of Boothbay; sister, Carrie Knapp of Scarborough; bonus grandmother, Gloria Knapp of East Boothbay; as well as several aunts, uncles and cousins.

It was Aaron’s wish to have no services at this time. To celebrate his life, there are plans to have a boat parade this summer and to have Aaron returned to the Damariscotta River. He will be sorely missed by all who loved him.

Donations in Aaron’s memory may be made to the National Alliance on Mental Illness, 1 Bangor St., Augusta, ME 04330; or the Lincoln County Animal Shelter, P.O. Box 7, Edgecomb, ME 04556.

To extend online condolences, light a candle for Aaron, or to share a story or pictures, visit their Book of Memories at www.hallfuneralhomes.com.

Halls of Boothbay has care of arrangements.