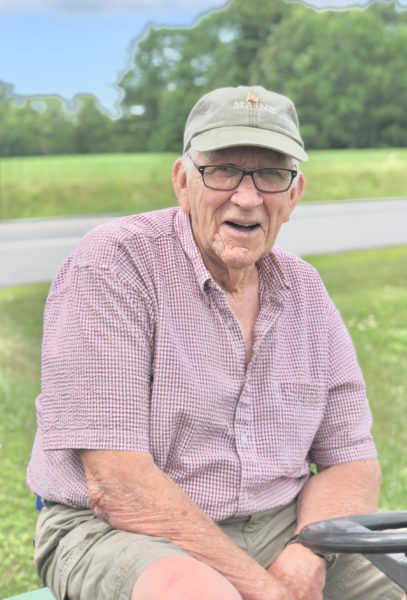 Adney M. Peck Jr., of Nobleboro, passed away peacefully on July 9, 2020, after a short battle with cancer. Born in Nobleboro on Jan. 6, 1937, he was the son of Adney and Florence Peck.

During high school at Lincoln Academy, Adney met the love of his life, Iverne Weston. This courtship and his love for her for more than 63 years proved evident, as she was by him to the end.

As a young man Adney formed a partnership with Joe Ball to purchase and run Hatch Well Drillers. During the next 43 years as the partnership grew, so did the business, with Adney’s role changing from the daily hands-on running of the machinery to daily customer/office operations for the company.

Adney was involved at the state level for industry improvement and held the office of president of the Maine Ground Water Association.

In 2005 Adney retired, with his partner’s son-in-law Marc Stevens taking his place.

Growing up, starting a business, and raising a family kept him involved in his community with volunteering at the fire department, civic club, and school board. His love for the Lord gave him strong leadership and teaching roles as a member of The First Baptist Church of Nobleboro. Continuing his service to the Lord, he met weekly at home with a men’s prayer group.

In addition to his parents, Adney was predeceased by his brother, John Peck; and sisters, Florrie Peck and Willa Vinal.

A service will be announced at a later time.

In lieu of flowers, a memorial contribution in Adney’s name can be made to The First Baptist Church of Nobleboro, P.O. Box 35, Nobleboro, ME 04555.