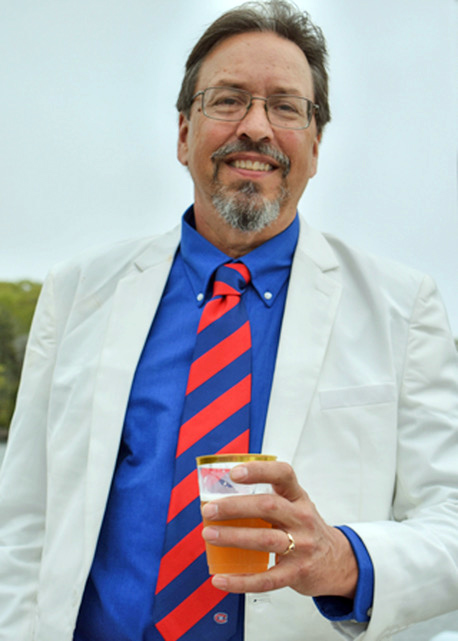 Albert William “Al” Lindholm III, age 61, of Bristol, passed away suddenly at home on the evening of Wednesday, July 6, 2022. Al was born on April 11, 1961, in Glen Ridge, N.J., the third of four children born to Albert William Jr. and Myrna A. (Morrill) Lindholm.

Al was around four years old when his dad “Bert” transferred to the IBM offices in Vermont, his mother’s home state. He spent the rest of his youth in Jericho, Vt. He attended elementary school there, as well as attended freshmen and sophomore years of high school at Mt. Mansfield. Then he transferred to his dad’s prep school for his final two years of high school at Loomis Chafee in Connecticut, graduating in the class of 1979. He went on to college, obtaining a Bachelor of Science in agricultural engineering in 1983 from the University of Vermont in Burlington.

Growing up, Al developed a love for the outdoors. He loved lying out at night to look up at the stars and learn their names. With his childhood friend, Chris Craig, he hiked many of the mountains that were part of the long trail in Vermont. He also hiked in New Hampshire and Maine, completing some of the Appalachian Trail and the White Mountains of New Hampshire. He had been a member of the Long Trail Green Mountain Club in Vermont for over 30 years.

After graduation from UVM, Al worked for Service Merchandise until finding work at the Mad River Canoe Co. in Waitsfield, Vt. in October of 1987. He held many positions such as production associate, assistant production manager, inventory control representative, and kitting department manager. Then the company was sold to Confluence Watersports Co. in early 1998. Al became the canoe production supervisor and trainer during the transition of moving the company to Trinity, N.C. in 2000. He left the company with severance package in hand, and headed to Midcoast Maine in 2002. Al found employment with Mid-Coast Home Improvement, Inc. in the Damariscotta area. Then he found full-time employment as a woodworker with Back Cove Yachts (North End Composites) in April 2007 in Rockland, and worked there until his passing. Al worked on every single line of yachts that were built there.

As everyone knows, it wasn’t long before Al found the local pub (King Eider’s) and got himself a mug and a community of friends. Al became friendly with his favorite bartender and developed a friendship that eventually led to the end of his lifelong bachelorhood.

Al met the love of his life, Maureen (Seiders) Anderson in 2008 and quickly gathered her sons, John M. Anderson and Matthew C. Anderson into his family circle. He was there when John’s son, Landon, was born in Pennsylvania, and when Matthew’s two children, Nyla and Rhys, were born. He quickly came to be known as “Grampy Al.” Al and Maureen made the ultimate commitment to each other when they got married on May 28, 2022.

He was predeceased by his brother-in-law, Michael Manafo; and his maternal and paternal grandparents.

Albert is survived by his loving wife, Maureen (Seiders) Lindholm, of Bristol; his stepson, John M. Anderson, of Bristol, and his son, Landon, of Texas; his stepson, Matthew C. Anderson, of Newcastle, his partner, Marina Mayberry, and his two children, Nyla and Rhys; his parents, Albert “Bert” and Myrna Lindholm of Jericho, Vt.; his brother, John E. “Eric” Lindholm, of Vermont; sister, Alice Hulda “Lee” Manafo, of Pennsylvania, niece, Maria, and nephew Tobias; and his brother, Nicholas O. “Nick” Lindholm, of Maine, his wife, Ruth, and nephews, Everett and Julian; as well as his extended Lindholm and Seiders families. He also leaves a large extended community of friends that will miss him dearly.

No viewing or graveside services will be held. A stone will be placed in the Harrington Meeting House Cemetery in Bristol to mark the resting place for Al and Maureen, and Pepper the cat. Actual burial will be at a future date when Maureen joins him.

In lieu of flowers, donations in Al’s name may be made to Bristol Fire and Rescue; Central Lincoln County Ambulance Service; or the American Heart Association.