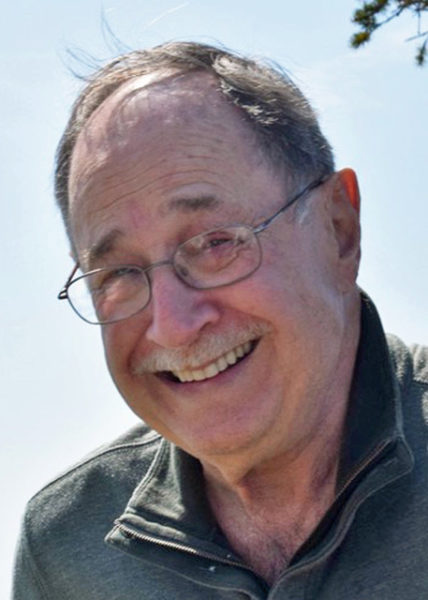 Alex Diamond, 87, of Bristol, passed away on July 26, 2020, out and about doing the things he loved; he wasn’t one to be kept down. Alex was born in Germany on Feb. 1, 1933 to Max and Ida Diamond. At 7 years old, he and his family migrated to England to escape Nazi occupation of Germany. They lived on a farm in Speen, which was a great adventure for a city boy!

His family immigrated to the U.S. in 1942, when Alex was 9. They settled in Washington Heights, N.Y., and he became a citizen of the United States in June of 1957. Alex would later join the U.S. Air Force and serve as a communications specialist stationed in North Africa. The communication skills he gained in the Air Force served him well during his work in radio.

Alex, his wife, and family relocated to Israel in the early 1970s, where he lived and worked on a Kibbutz farm. In 1975, he moved to Jerusalem to work for Israel Radio as one of two chief news readers at the Israeli Broadcasting Corporation English news department. His radio voice — deep, clear, and cool — is the dividend paid by 20 years in American media as news announcer, disc jockey, and radio and television advertising executive.

He retired to Wiscasset in 2005 and volunteered at Lincoln County Television as a videographer. In 2012, he received a Volunteer Appreciation Award from the town of Wiscasset for his dedication in providing audiovisual services in cooperation with LCTV to provide better communication for their citizens. He eventually became a member of the board of directors, and in 2018 became president of LCTV. Due to health issues, he resigned as president in 2019. Alex was also a recent member of the Lincoln County Rifle Club in Damariscotta.

He was the older brother to Robert Diamond and brother-in-law to Roberta Diamond of New York. He is survived by three children, Gregor Diseth and husband Michael Neilson of Seattle, Wash., Lara Haglili and husband Tomer of Israel, and Aaron Diamond and wife Stacey of Reston, Va.; as well as five grandchildren, Danielle, Ofir, and Noam Haglili, and Max and Carter Diamond.

His last years were spent with his sweetheart, Ricky Levine. She kept him grounded as they enjoyed travel and adventures. Ricky’s children and their families — Alex and Eileen Caffrey, and Carrie and Bryan Manahan, brought Alex into their lives sharing the closeness of family.

Alex loved to travel, loved to read, and didn’t tolerate fools. He had a wicked sense of humor and an appreciation for good music and good food. Alex was an unconventional man, and didn’t want a service or big funeral to honor his life. He was loved by many over his 87 years, and as is custom in life, the tales of his adventures will grow to legendary status, but that’s OK because that’s who he was.