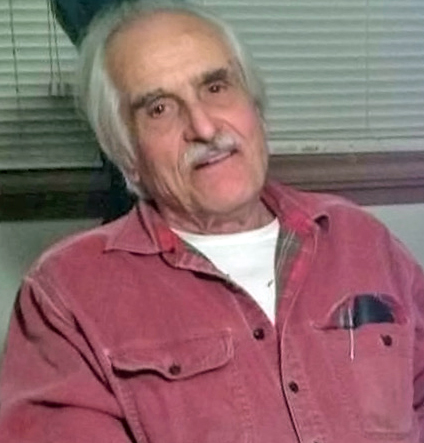 Alfonse C. Impallomeni, 85, a longtime resident of Washington, Maine, and former resident of both Peekskill and Yonkers, N.Y., passed away peacefully on Aug. 28, 2020 at Cove’s Edge Long-Term Care in Damariscotta.

Born on Nov. 20, 1934 in Yonkers, N.Y., he was the son of Alfredo and Marianna (Fiore) Impallomeni. Al served in the United States Army during the Korean War, then returned to New York, where he served as a New York state trooper for several years before returning to his hometown of Yonkers, N.Y. to become a city of Yonkers police officer. Many of his years on the Yonkers Police Department were spent as a motorcycle officer. He also established his own business, Al’s Roofing, in Peekskill, N.Y.

Upon retiring from the Yonkers Police Department, Al and his family moved to Maine so he could “relax.” His retirement was short-lived as he soon began a new career as a carpenter with the Maine Department of Transportation. He remained on that job until he was eligible to retire for the second time.

Al enjoyed hunting and fishing, though later in life he chose to only take photographs of wildlife, and became quite proficient at photography. He was interested in anything that was nature-related, particularly gray wolves, as he recognized their importance in keeping ecosystems healthy. Al was an avid reader of nonfiction, particularly of anything related to trees, and always had a stack of books waiting to be read.

Al was preceded in death by his beloved wife of 54 years, Carole (Leavy) Impallomeni; his parents; and his nephew, Robert Barna.

Al is survived by his children, Robert A. Impallomeni of St. George, and Diane M. Impallomeni and her boyfriend Paul Kenefick of Nobleboro. He is also survived by his large, loving family, including sister, Vicki Diamond and her husband Nat; sister, Rose Impallomeni; brother, Alfred Impallomeni; brother-in-law, Nicholas Centoducati; brother-in-law, William Leavy and his ex-wife Barbara Wilson; nephew, Jim Wainright and his wife Anne; niece, Karen Isidori and her husband Don; nephew, George Barna and his wife Cindi; niece, Kim Bankowitz; niece, Coleen Filingeri and her husband Mike; niece, Laurie Leavy; nephew, William Leavy and his wife Justine; numerous cousins in the United States and Italy; and many great-nieces and great-nephews.

Al’s family would like to thank the team at Cove’s Edge for the wonderful care they provided. He enjoyed telling the staff stories and he had a particular affection for caregiver Catherine Overmiller, who spent time with him nearly every day.

Due to COVID-19 concerns, visitation services will not be held.

Arrangements are under the direction and care of the Strong-Hancock Funeral Home, 612 Main St., Damariscotta. Condolences, and messages for the family, may be expressed by visiting stronghancock.com.