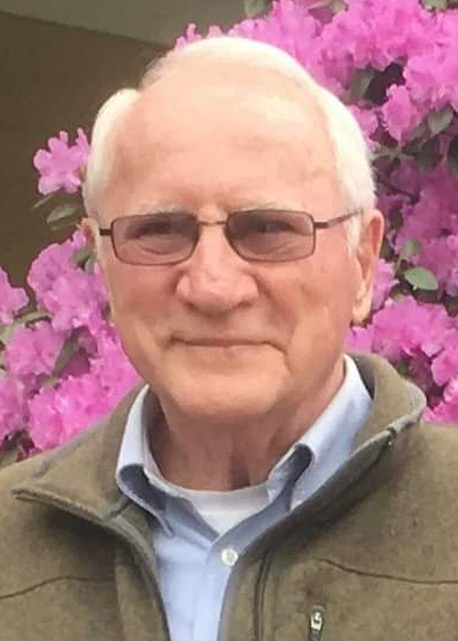 Al grew up in Brunswick, attended local schools, and graduated from Brunswick High School in 1952. After graduation, he worked at Bath Iron Works for a short time before joining the U.S. Air Force and serving honorably for four years during the Korean War. A highlight of his later years, he had the honor and privilege of travelling with his daughter Melissa to Washington, D.C. with Honor Flight Maine.

Upon his honorable discharge, he returned to Maine where he graduated from the University of Maine in 1961. In 1960, he married the love of his life, Sandra Kelsey. Together they lived, and raised their four daughters in Augusta, where they were long-time members of the Penney Memorial United Baptist Church. While living in Augusta, he worked for the State of Maine at Augusta Mental Health Institute for 32 years until his retirement in 1993.

Al was a warm, soft-spoken, kind, gentle, and humble man who never wanted to be the center of attention.  He was known for his ability to fix anything and everything and was the caretaker of the family camp on the Damariscotta River.

Al exercised before it was popular. He enjoyed bike riding and was a gifted golfer. In “retirement,” Al took up lobstering and clamming, was a movie theater projectionist, and was a licensed pyrotechnician. He was a dedicated sports fan (particularly Cony High School), an avid reader, and enjoyed history.

Besides his parents, he was predeceased by his brothers, Daniel and David Bourgoin; and a sister, Janet Pelletier.

Al had a special connection with each of his 13 grandchildren (fondly known as Grampy and Papa Al): Lauren, Sam and Lydia Chase, Alison Hill Poston and husband Andrew, Peter, Kevin and Jenny Hill, Jake, Derek and Michael Bosworth, Kelsey, Julia and Natalie Glockler; two great-grandchildren, Jack and Vivienne Poston; as well as many special nieces, nephews, and friends.

A celebration of life will be held at a later date due to the pandemic. He will be laid to rest privately in the Maine Veterans Memorial Cemetery in Augusta.