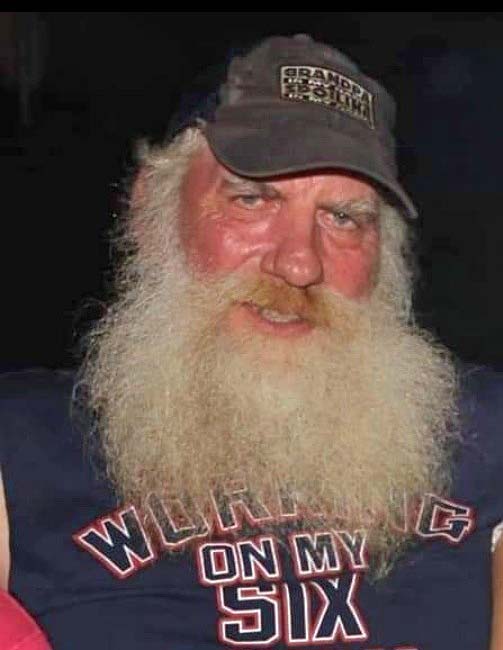 Allen Lee Jackson passed away in his home on June 20, 2022, at the age of 62 after a long and courageous battle with cancer. He was surrounded by his loving family, who all came together the day before his passing to celebrate his father’s day with him. He was born on Nov. 9, 1959 in Augusta to Ada (Farris) and Clifton Jackson.

Allen grew up in Washington and attended local schools, graduating from Medomak Valley High School in the Class of 1978.

He held various jobs including working at Medomak Canning, logging with his brother Tim, Ridge Construction, Moody’s Diner, Friendship Trap, working on a dairy farm and his last employment was as foreman at Tim Jackson Salvage.

Allen enjoyed fishing, and he liked animals, especially horses. He played Santa Claus for many years and loved hanging out with the grandchildren. He will be remembered for his tough, gruff Santa look, but mostly for his big heart and spot on sense of humor. Allen was always positive; he found the sunshine in the dark. You would always hear him say “See ya later.” He never missed a demolition derby at the Union Fair; he ran the ramp truck picking up cars for the demo derby. One of Allen’s greatest traits was that he was the type of person who was always willing to lend a hand to anyone in need.

Allen was looking forward to being a great-grandfather. He loved his family and was very proud of all their accomplishments.

Allen touched many people throughout his life and will be missed dearly.

A celebration of life will be held at from 4-6:30 p.m. Friday, July 15 at the Washington VFW Hall, located at the corner of Vanner Road and Razorville Road in Washington.

Donations may be made in Allen’s name to Healing Tree Farm, 672 Atlantic Highway, Warren, ME 04864.