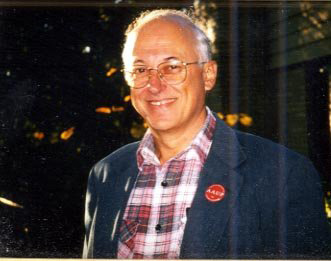 Andrew Christian Twaddle, 82, died of complications from the COVID-19 virus on Wednesday, Dec. 2, 2020, at the University of Missouri Hospital in Columbia, Mo. He was born in Hartford, Conn. on April 21, 1938, the son of Ruth (Bridenbaugh) Christian and Paul Holmes Twaddle. He was a longtime resident of Columbia, Mo. and East Boothbay.

Andrew came to the University of Missouri in 1971 with a joint appointment in the Department of Sociology and the Section of Behavioral Science in the Department of Community Health and Medical Practice in the Medical School. He previously served on the faculties of College of the Holy Cross (sociology), Harvard Medical School (preventive medicine), the Massachusetts General Hospital (medicine), and the University of Pennsylvania (sociology and community medicine). During his career, he also held visiting faculty appointments at Northeastern University (sociology), University of Western Ontario (sociology), and later at Göteborgs Universitet (Sociologiska Institutet, Linköpings Universitet (health and society), and Uppsalas Universitet (social medicine) in Sweden, and at Colby College in Maine.

As an academic, Andrew’s early research focused on sickness behavior and the sick role. During 1978-79 while in Sweden he conducted a study of the primary medical care system in the city of Göteborg, Sweden, documenting the structural and practice differences among the public and private sectors. Returning to Sweden in 1993, on a Fulbright Scholarship, he worked with a group of philosophers who were interested in a set of distinctions among disease, illness, and sickness — concepts that were fundamental to his research. In addition, he also interviewed key political figures in both the public (government) and private sectors to understand why a major shift in the political discussion of the Swedish medical care system had occurred.

Andrew was an avid sailor and enjoyed sailing the waters of Maine’s Midcoast during the summertime. He was a dedicated amateur photographer and enjoyed researching ancestry. Since retirement in 2001, he developed additional interests, including meditation, poetry, and birding. A lifetime supporter of the arts, he sang for decades in University of Missouri’s choral union, and enjoyed attending as many concerts, recitals, and opera performances as he could. Andrew felt fortunate to live in both the Boothbay and Columbia, Mo. communities, where he was deeply involved in many organizations promoting social, environmental, and economic justice.

A memorial service to celebrate the life of Andrew will be held at a later date. Memorial contributions may be sent to RMF Community Bail Fund, P.O. Box 7972, Columbia, MO 65205; Room at the Inn, roomattheinncomo.org; or Boothbay Region Land Trust, 60 Samoset Road, P.O. Box 183, Boothbay Harbor, ME 04538, bbrlt.org.