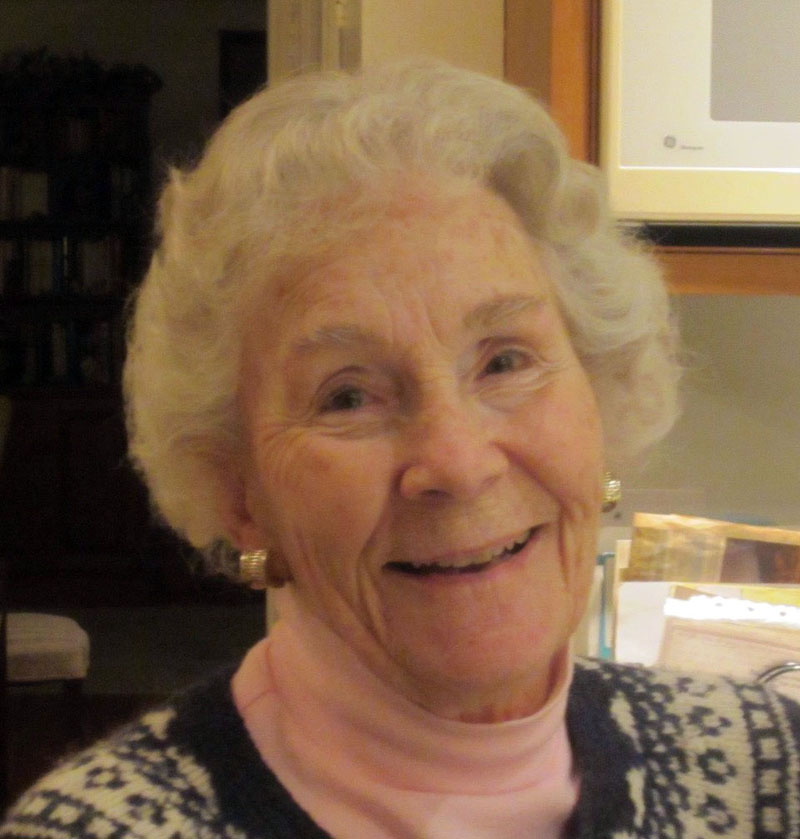 Anna (Borden) Sides, 93, died peacefully Sept. 30, 2019, at Putnam Farm Senior Living, Danvers, Mass. She was the beloved wife of the late Andrew Benjamin Sides Jr., who passed away in 2012. Three generations of family members came together to be with her and share laughter, tears and many memories.

Born in Goldsboro, N.C., Anna was the daughter of the late Walter E. Jr. and Ethel (Miller) Borden. She was raised in Concord, Mass., and was a 1944 graduate of Concord Academy. She graduated from Duke University in 1948.

Following training at the Katharine Gibbs School in Boston, Anna was employed first as the executive assistant to the President of Harvard University, and then for the Office of the President of the General Electric Company in Schenectady, N.Y.

Home for Christmas vacation, Anna was introduced to Andy at a family party by her sister Etu. Andy, who had graduated from the Naval Academy in 1947 was on leave from the Navy. They were married on June 21, 1952, and Anna began her life as a homemaker and community volunteer.

“Annie” was the love of Andy’s life and was an equal partner and confidant in all of his business decisions and personal pursuits. Family gatherings always began with Andy toasting his “lovely wife.” She was a strong and loving mother, instilling respect, responsibility and independence in her children.

Over her lifetime, she contributed to her communities in a variety of ways including garden club, the League of Women Voters and hospice. She was composed, elegant, and a great conversationalist. She had a wonderful sense of humor, a strong joie de vivre and always expressed gratitude for the life she lived. First as residents of Bath, and then of Bristol, R.I., Anna and Andy raised their four children.

On retirement they split their time between Christmas Cove and first Vero Beach and then Palm City, Fla. Always athletic and fit, she particularly loved tennis. Sailing and living on the water filled Andy and Anna’s life with joy and adventure. Summers with growing children were spent happily on board, sailing the waters of New England, Florida, and to more distant ports with friends.

A private family memorial service is planned. Assisting the family with the arrangements is the Peterson-O’Donnell Funeral Home, 167 Maple St., Danvers, Mass.

Donations in Anna’s memory may be made to Care Dimensions, 75 Sylvan St., Danvers, MA 01923 at give.caredimensions.org. To share a memory or offer a condolence, please visit odonnellfuneralservice.com.