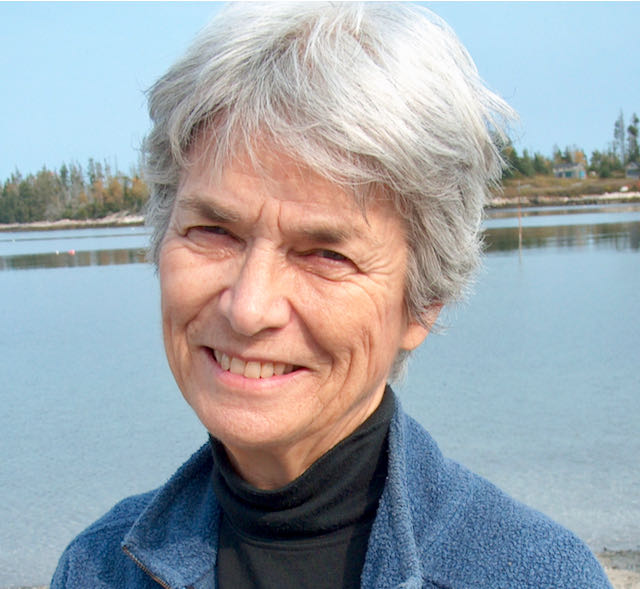 Kirsty was born in London, U.K., in 1937 of an American mother and Scottish father. She went on to lead an interesting and fun-filled life, starting out in the British West Indies where her surgeon father worked at a hospital in Trinidad, then Barbados, and the British Virgin Islands. Her mother was one of the last homesteaders and had a small ranch in Arizona so much of her early life was spent moving between the two, mostly on Alcoa freighters and Pan-Am Clippers. She also learned to fly small airplanes.

She enjoyed riding, cow ponies on the ranch and playing polo in Barbados before her parents put her on a banana boat to England for two years of school at Roedean. Then on to the University of Arizona, majoring in Agriculture, and barely surviving the wild, beer-drinking atmosphere, then on to Johns Hopkins for a Masters in medical entomology.

She was going to join WHO and save the world from malaria, but instead, fell in love with Ed Karkow who had arrived in the British Virgin Islands, where she was visiting her parents. Ed had just finished sailing a small yawl across the Atlantic. They were married in St. Thomas, moved to Chicago where their wonderful daughter was born, then on to Cleveland, Ohio, to be delighted by a son.

Kirsty and Ed then moved to Maryland and lived in a house belonging to Edgar Allan Poe’s nephew before building their own in Glen Arm. This was an equine life as she taught, schooled, trained and showed dressage horses with daughter, Karen, alongside who became an accomplished event rider. Their son, Jon, went on to become a legendary test pilot and aeronautical engineer.

The family chartered and sailed boats in South America, the U.S., and Canada. Not sure how much the kids enjoyed it but they got to see some interesting places.

Ed and Kirsty moved to Maine in 1992 for the sailing but swiftly felt very much at home in Waldoboro, where she continued her hospice work, ran a Siddha yoga group for several years, and started an international Asian poetry group.

Jon died in an air crash in 2017 and Ed, after 60 wonderful years of marriage, died in 2019. After this, Kirsty was pretty much lost except for her caring daughter, Karen.