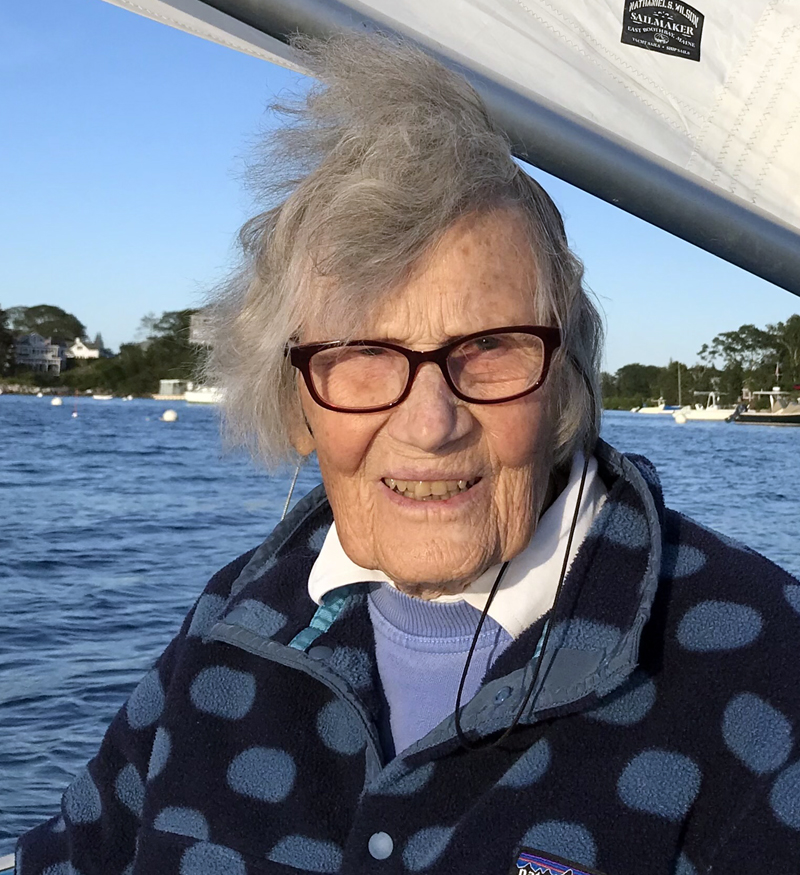 Anne was born in 1933 in Tulsa, Okla., the daughter of Henry and Margaret Sherman and the youngest of three children. She died peacefully in Exeter, N.H. on Oct. 5, 2022 with family by her side.

Growing up in Tulsa, the highlights of her youth were her summers in Minnesota where she developed a love for active pursuits she would hold the rest of her life – horseback riding, sailing, canoeing, archery, fishing, even summer skiing on pine needles.

She came east for college, attending Bradford Junior College and later Tufts University. While in college, she developed an interest in dance which she pursued after graduation in New York. For several years she traveled and performed with the Murray Louis and Alwin Nikolais modern dance companies. While in New York, she met Harold Berry, who she married in Christmas Cove in 1960. She remained devoted to both, staying with Hal until his death in 2006 and returning to Christmas Cove every summer for the rest of her life.

With a growing family, Anne and Hal moved the family to New Vernon, N.J. in 1968. There she rediscovered her passions for horseback riding and skiing. Her dancing days behind her, she pursued her artistic side with painting and unique works she made from seaglass collected with her kids in Maine. After the kids had all left, she and Hal led a busy life, dividing time between Jackson Hole, N.Y., and Christmas Cove. In Jackson, she was a diehard skier, skiing every day she could, even hitting the slopes earlier this year at 88 years old.

She will always be remembered for her sense of fun, her grace on the slopes, her love of Broadway musicals, her passion for chocolate and oysters, but above all for the kindness and generosity she showed to those she loved.

Anne was predeceased by her husband, Harold “Hal” Berry; her parents, and two brothers. She is survived by her children, Tad and wife, Ann, Elizabeth, Lindsay and husband, John, and Hal and wife, Jen; as well as five grandchildren and two-great grandchildren.