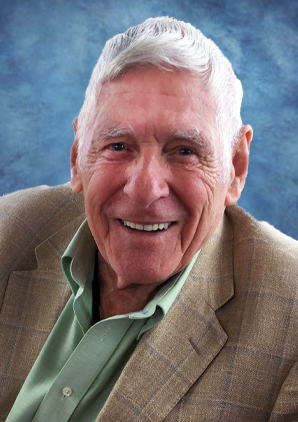 Anthony “Tony” Suchower, age 91, passed away under the loving care of his three daughters in Waldoboro on Jan. 26, 2022, after several months of declining health.

Tony was born to Polish and Ukrainian immigrants in 1931 and grew up in Ansonia, Conn. At the age of 10 when his father died, he became the family’s breadwinner, working various jobs before and after school.

At 14, he joined the Connecticut State Guard. At 15, he joined the National Guard. When his unit was federalized, he was on active duty (state-side) in the Korean War. After 5 years total service, he was discharged with the rank of Sergeant First Class.

Tony attended public schools in Ansonia, Conn., and graduated from Ansonia High School. He became a machinist-toolmaker after completing 8,000 hours in an apprenticeship program. During his career, he worked in many different manufacturing plants in Connecticut.

He was devoted to his wife Wanda, whom he met at a polka hop. They lived most of their 63 years of married life in Seymour, Conn., where they raised three daughters. When Wanda died in 2016, Tony moved to Maine to be close to family. He lived in retirement communities in Newcastle, Boothbay Harbor, and Rockland.

A memorial mass of Christian burial will take place on Saturday, April 2 at St. Michael’s Church in Derby, Conn., followed by burial in St. Michael’s Cemetery in Ansonia, Conn.

In lieu of flowers, donations may be made in Tony’s memory to a charity of your choice or to Meals on Wheels, mchinc.org/meals-on-wheels/.

Online condolences may be made at wakeleememorial.com.