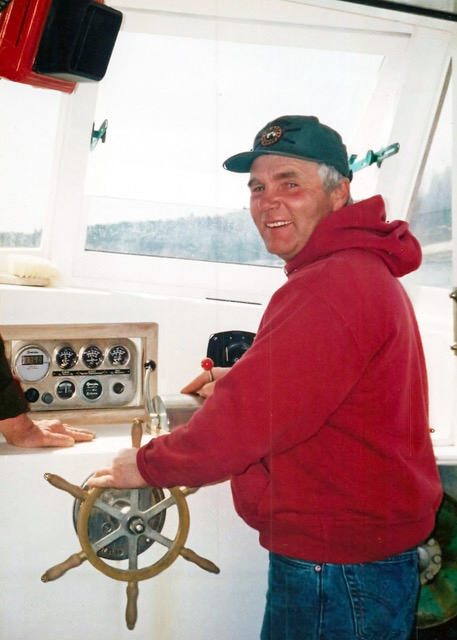 Arnold “Arnie” Gamage Jr., 67, of South Bristol, passed away unexpectedly on the afternoon of March 4, 2020 in Rockport. Born in Damariscotta on Dec. 31, 1952, he was the son of Arnold Sr. and Gloria (Chipman) Gamage.

Arnie grew up in South Bristol, attending local schools and graduating from Lincoln Academy. He began lobstering at the age of 10, following in his father’s footsteps, and creating a family tradition that continues to be carried on today.

He was very active in the South Bristol community, serving on the school board and coaching baseball for 15 years from Little League through Babe Ruth. He loved watching his children’s and grandchildren’s sporting events, and never missed a game no matter how far away it was.

Arnie was also very involved in Maine’s lobstering industry, and was one of the founding members of the South Bristol Fisherman’s Co-op, serving on their board for many years. He was also a longstanding board member of the Maine Lobstermen’s Association, serving for over 30 years, advocating for lobstermen and the lobstering industry. Since the late 1980s, he has worked with the Darling Marine Center by taking researchers aboard his boat to study lobsters.

In 2004, his dedication to the industry was rewarded with the Golden V-Notch award by the Maine Lobstermen’s Association. He was also to be presented an award of excellence from the Maine Department of Marine Resources Commissioner, at this year’s Maine Fishermen’s Forum, just three days after his passing.

Arnie was a proud life-long resident of South Bristol and a true Mainer. Besides lobstering, he had a great love for hunting, fishing, and more than anything, his family.

Besides his parents, he was predeceased by two brothers, Troy and Gerald.

Arnie is survived by his wife of 48 years, Gail; sons, Adam and his wife Tory, and Chad and his wife Jennifer; grandchildren, Sophie, Spencer, Blake and Tanner; brother, Greg and his wife Charlene; as well as many nieces and nephews; and his longtime sternman, Tim Ross.

A memorial service for Arnie will be held at 10 a.m., on Tuesday, March 10 at St. Patrick’s Church in Newcastle. He will be laid to rest privately at a later date.

In lieu of flowers, donations may be made to Midcoast Humane, 190 Pleasant St., Brunswick, ME 04011.