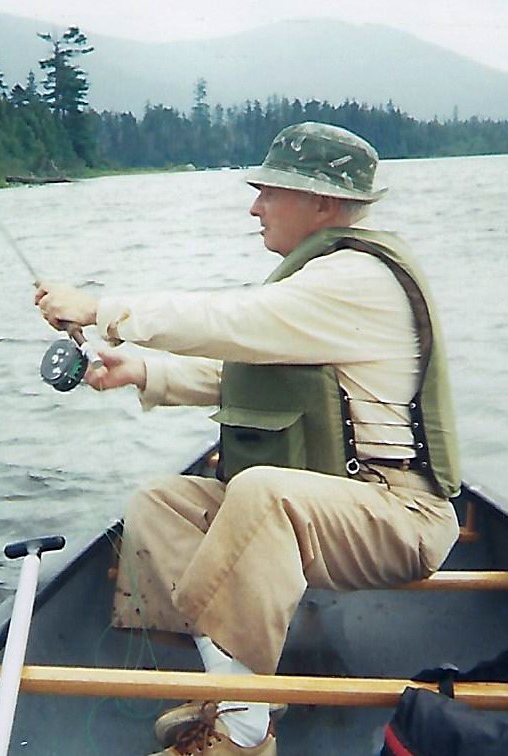 Born in Dover-Foxcroft, the son of Joseph and Marion Briggs, Arnold was well known for his small stature, keen sense of humor, sharp mind, and commitment to serving his community of Damariscotta.

Raised during the Great Depression, Arnold’s family moved to Brunswick in 1929 where they owned a cottage in Mere Pont. Brunswick was home during his formative years where he attended both middle and high school, working numerous jobs from delivering milk, garbage pickup and haying with a horse-drawn rake. Eventually, during his high school years, he found employment and his lifetime occupation while working at Allen’s Pharmacy.

After graduation Arnold attended Massachusetts College of Pharmacy for 1 and 1/4 years until being drafted into the U.S. Army to serve in World War II as a medic receiving the Victory Medal, Good Conduct Medal, and EAMET Ribbon. After his honorable discharge from the service, he once again attended MCP, graduating in 1949. After a short employment at Togus, Arnold came to Damariscotta buying Poland’s Pharmacy on Main Street where he became a fixture in the community for over 30 years dispensing pills and wisdom at Briggs Pharmacy.

In his own words, the “best part of my life took place on Dec. 31, 1964” when he married Barbara Mae Plummer, together they had three children: Amy, Gregory, and Sandra, who all spent time working with dad at the pharmacy.

In 1985 Arnold retired from full-time work but not one to be idle, he became a traveling pharmacist, helping his colleagues in Damariscotta, Boothbay, Richmond, and Greenville. He loved retirement, describing it as the best job he ever had. In addition of filling prescriptions part time, Arnold’s retirement pursuits included delivering Meals on Wheels, serving on the board of directors for the First National Bank, fly fishing with his lifelong friends, obtaining his bartending license, traveling with Barbara in 1984 to China and Russia as the only pharmacist invited on a shared medical learning trip with 18 doctors headed by Dr. George Bostwick, leisure trips to Mexico, Finland, Portugal, Spain, Canada, Bermuda, most of the United States, and 13 Caribbean Islands, his favorite being Bequia where they spent 17 wonderful winters.

Arnold was predeceased by his parents; and brother, Clayton.

He is survived by his wife of 58 years, Barbara; children, Amy (Charles Anderson) Briggs, Gregory (Karren) Briggs, and Sandra Briggs Tonry; grandchildren, Lily, Kelsey, Melissa, Liam, and Alia; great-grandchildren, Walker and Everett; and many nieces and nephews who he cherished.

Per Arnold’s request, there will be no services.