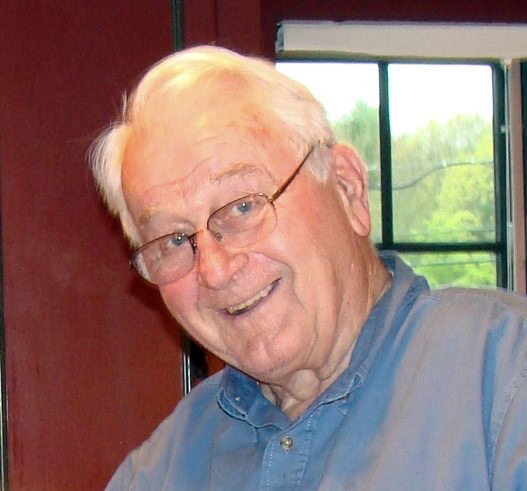 Arthur N. Chaff, 89, of Jefferson, peacefully passed away Oct. 9, 2022, at MaineGeneral Medical Center, Augusta, with his wife by his side.

Arthur was born in Lawrence, Mass. and is formerly of Methuen and Tewksbury, Mass. and Carrabassett Valley. Arthur is survived by his dear wife and soul-mate of 37 years, Suzanne (Delisle); his children and step-children, Deborah Chaff of Plaistow, N.H., Danial Chaff of Kingfield, Linda Morrissey and her husband, Daniel, of Dracut, Mass., Wendy Chaff, of Portland, Christopher Chaff, of Lowell, Mass., Melissa Liakas and her husband, Nicholas, of Dracut, Mass., Scott Marco and his fiancée, Rachel Card, of North Anson and Wilton, and Jeremy Marco and his wife, Kiron, stationed at NAS Sigonella, Italy. Arthur is also survived by his beloved grandchildren, Alissa Lippold and her husband, Christopher, Molly Morrissey, John Morrissey, Neil Morrissey, Stephanie Tzrinske and her wife, Ana, Sophie Sheehan and her husband, Zhaakre, Spencer Stewart, Theodore, Elias and Olivia Liakas, Samantha Marco and Pasquelle, and Payton and Paige Marco; and the treasures of his life, his great-grandchildren, Benjamin and Scarlett Lippold, Madelyn, Aiden and Gavin Sheehan, and Ezra Hoy. He also leaves a nephew, Stephen Wakefield and his wife, Rita; and a niece, Jane Dyer and her husband, Steve.

Arthur was born in Lawrence, Mass. to Clarence and Dorothy (Halloran) Chaff. He graduated from Central Catholic High School in Lawrence, Mass. and attended Wentworth College graduating with an Engineering degree. He owned his own electrical company for many years, was a Sr. Ski Patrolman at Sugarloaf Mountain, and worked at Digital Equipment Company before retiring to Jefferson. Art was a member of the Coast Guard Auxiliary and served as Flotilla Commander. Art attended the First Baptist Church of Waldoboro, and gave and received great support from the Men’s Prayer Group. Art always had a joke and was a great storyteller. His best moments were spent entertaining in front of a group of friends. He was always ready with words of wisdom and no matter the circumstance he would have sage advice to offer.

Besides his parents, Arthur was pre-deceased by his sister and brother-in-law, Clarice and Donald Wakefield; and his former wife, Maureen (Mitzi) Skinner Chaff.

Art was a Patriot and loved God and Country. He will be missed by many.

A memorial service will be held at a later date, to be announced.

Hall’s of Waldoboro has care of the arrangements. To extend online condolences, visit his Book of Memories at hallfuneralhomes.com.