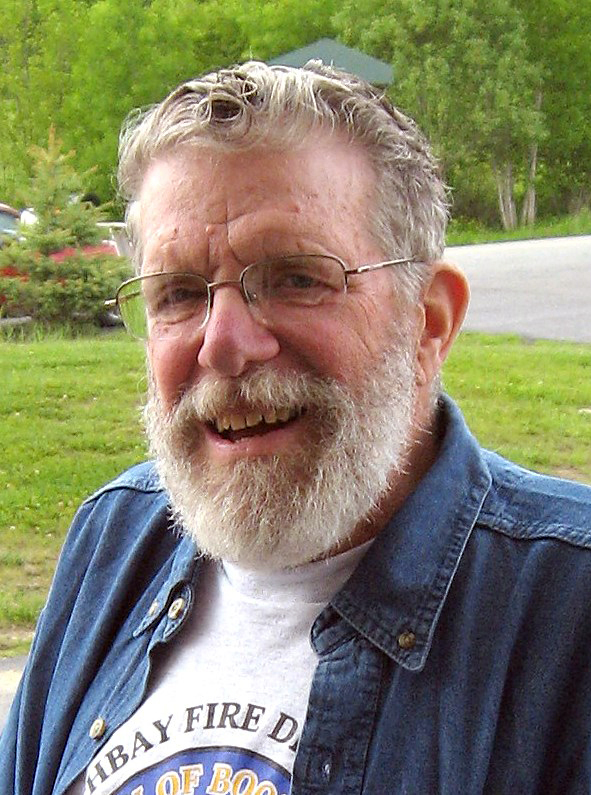 He was born on Sept. 26, 1939 in Allentown, Pa., the son of the late Arthur and Constance (Ross) Edwards. He grew up in Wellesley, Mass. He married Leslie (Davis) Edwards in June of 1963 and they resided in Natick, Mass. with their three boys until their move to Boothbay in 1987.

Ross was a graduate of Cambridge School of Weston, Mass., then went onto Franklin Institute in Boston, where he earned an associate degree in automotive repair. He spent two years in the Navy as a SeaBee and five years in the reserves.

Ross had a love for antique cars and was a member of the Los Coaches car club as well as the Nash Car Club. In the ’60s and early ’70s he enjoyed drag racing. He and his family would attend many car shows over the years. In the early ’70s Ross started his own automotive repair business called the Auto Doctors in Framingham, Mass., which he ran until 1987. After moving to Maine he worked at the Boothbay Railway Village, where he helped maintain antique autos as well as run the general store for a number of years.

Ross and his family enjoyed many summers on Squirrel Island, where he enjoyed the solitude of the island and numerous lobster bakes on the rocks. Ross enjoyed many civic duties. He was a past Boothbay selectman, constable, board of overseers member on Squirrel Island, and Boothbay fireman. He was a member of the American Legion and past member of the Boothbay Civic Association.

Ross enjoyed photography, cats and German shepherds, and ’50s rock ‘n’ roll, and had multiple jukeboxes and pinball machines over the years. Ross loved to read, especially anything about World War II. He had numerous antique cars and trucks over the years and could often be seen going to fire calls in his orange 1973 Corvette.

Ross was known as being loyal and he was always there when needed. He was outgoing, involved, and an advocate for many but could be stubborn at times.

Ross is predeceased by his father and mother, Arthur and Constance; wife, Leslie in 2000; and brother, George in 2012.

He will be sadly missed by all that knew him and may he rest in peace.

A celebration of life will take place in the future due to the pandemic.