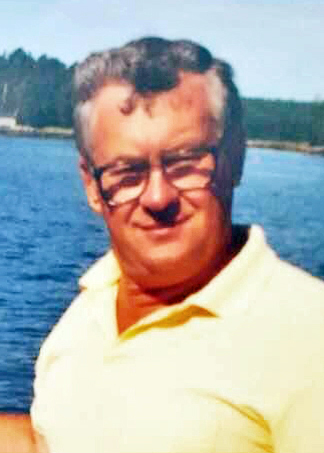 Arthur grew up in New Harbor where he attended Bristol schools and graduated high school in 1957. He worked locally until enlisting in the U.S. Army in 1960 where he served until 1963, and continued in the Reserves until 1966. During this time, he met his wife Patricia and the two were married in 1965.

Arthur was employed by Tracor Marine in South Bristol until he ventured into fishing with his dear friend, Albert Thorpe. He and Albert fished side by side for several years before Arthur purchased his own boat, the “Miss Angel,” in 1974. For the next 10 years, Arthur fished for a variety of seafood. He enjoyed ground fishing, gill netting, scallop, and shrimp dragging, and also caught whiting fish for the local lobstermen to use as bait.

After retiring from the fishing industry, Arthur began his caretaking business in South Bristol, and lent a hand to local builders when needed. He began to winter in Florida with his wife Trish in the early 1990s, where they met many wonderful friends and settled in Mims for over 20 years.

Arthur had a great love for golf, hunting with his grandson, spending time with his granddaughters and great-grandson, and was always ready to lend a hand for a family clambake. Arthur also enjoyed being a Shriner, Mason, member of the Wells-Hussey American Legion Post #42, a town selectman and a first responder.

Besides his parents, he was predeceased by his siblings, Fred Poland, and Ellen Rice; and great-grandson, Cooper Arthur Dodge.

Per Arthur’s wishes no formal service will be held, but a celebration of his life will take place later this spring. Details of that celebration will be announced when finalized.