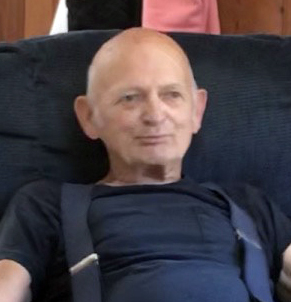 Atwood “Frank” Franklin Stevens Jr., 76, passed away peacefully at his home on Friday, April 17, 2020 with his loving family by his side.

Frank was born April 4, 1944 to the late Atwood and Patience (Reed) Stevens. Frank grew up on Eastern Avenue in Boothbay Harbor and was a graduate of Boothbay Harbor High School. After high school, Frank began his career at Finest Grocery store where he would go on to work for 28 years before retiring. He lasted about a month at home before rejoining the work force as a pipe fitter at BIW where he would go on to work another 20-plus years before retiring again this time for good.

Frank was a simple man and enjoyed spending time at his camp in Alna with all of his friends that would make the trek up there each November for hunting trips. He loved bowling, golfing, and hunting. He was a fantastic storyteller and would often find himself laughing so hard at his own story he was unable to finish it.

He was predeceased by three brothers; and one sister.

He is survived by his loving wife of 44 years, Beulah (Barter) Stevens; sisters, Eleanor Peaslee of Boothbay Harbor, and Patricia Holmes of Brunswick; five children and their spouses; seven grandchildren; two great-grandchildren; as well as many nieces and nephews.

A graveside service will be held at a later date to be announced at Evergreen Cemetery in Boothbay.