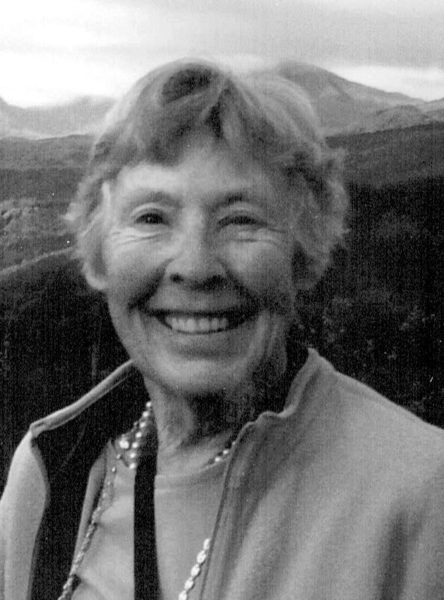 Audrey B. Post, 86, of Camden, died peacefully in her sleep on Dec. 9 after a long struggle with illness.

She was born May 9, 1930 and grew up in Chestnut Hill, Penn., in a happy, lively household with her parents, John Russell Breitinger and Helen Haig Breitinger, and her sister, Janie. After graduating from Springside School, she attended Sweet Briar College in Virginia, where she majored in French. During her junior year, she lived in Paris, France, studying at the Sorbonne with courses at L’Ecole de Louvre. Her experiences in Europe – whether bicycling around Paris or exploring Italy, Switzerland, England, Ireland, and Finland during school vacations – were some of the highlights of her life.

After receiving her degree from Sweet Briar, Class of 1951, she worked for a publishing company in Pennsylvania for a year, and then married Harry I. Lauer, whom she had known since her school days. After raising her three children in Chestnut Hill for 10 years, she had a powerful religious awakening at the age of 33 that led to her decision with her husband to go into the ministry. The family moved to Cambridge, Mass. Audrey also audited courses at ETS and Harvard Divinity School, and she found these three years of intellectual and spiritual study to be some of her happiest, a time when she felt “truly alive”.

In 1964, the family moved to Gwynedd, Penn., and then to Princeton, N.J. The family also spent summers on their beloved Great Cranberry Island. In 1968, they finally settled in Camden. Audrey embraced the role of serving her new community as a minister’s wife, as she also continued to bring up her children.

Following her divorce in 1972, Audrey remained in Camden with her children, working for Laite Funeral Home and later as a secretary for the Superintendent of Schools. She married Oliver Post, living first in Lincolnville Beach before finding their “sacred spot” on Crockett’s Beach, Owls Head, for the next several decades.

She and Ollie devoted their life together to their community and their church: she briefly served on the Board of the Methodist Conference Home, actively involved herself with the Shields Mission Outreach, and delivered Meals on Wheels for 40 years. Playtime was also important for Audrey and Ollie. As a competitive tennis player and a 40-year member of the Megunticook Golf Club, she emphasized the value of fair play and teamwork as an athlete. She also had many meditative joys: she was a gardener, a fan of classical jazz and folk music, and a constant reader. Above all, the times she enjoyed most were spent with her children and grandchildren, all of whom greatly enriched her life.

Thoughtful and generous, spiritual and proud, Audrey loved her family and friends above all else. She felt her mission in life was to worship, to serve, to pray and seek the Lord’s guidance, and to listen to the needs in every situation and act.

There will be a service to remember Audrey’s life followed by a reception at 1 p.m., Fri., Dec. 23 at First Congregational Church UCC, 55 Elm St., Camden with the Rev. Dr. Deb Jenks officiating.

Condolences may be shared with the family at www.longfuneralhomecamden.com.