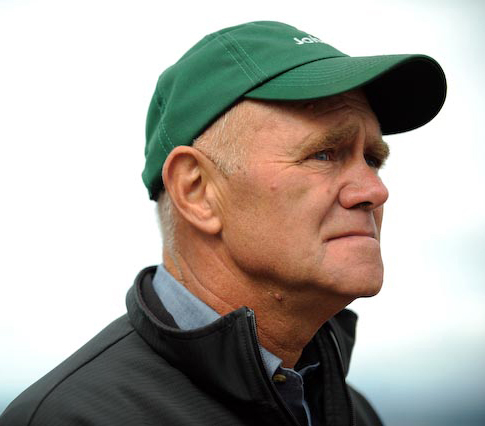 Austin Johnson Moore, 75, died at his home in Whitefield, Thursday, April 15, 2021, with his children at his side.

Austin was born on June 12, 1945 in Norristown, Pa., and grew up in Lebanon, Conn. He was the eldest child of Dorothy Mathilda (Johnson) Moore (born in Coventry, Conn.) and Hugh William Moore (born in Straidbilly, Ireland).

From boyhood, Austin was drawn to farming and he worked on several Lebanon-area farms as a teenager. He graduated from Lyman Memorial High School and earned a degree in dairy husbandry from Delaware Valley College of Science and Agriculture in Doylestown, Pa.

During college, a friend introduced Austin to Linda Zollers, whom he wed in 1967. For two years, Austin worked on Conrad and Marion Nelson’s farm in Uncasville, Conn. Daughter Rebecca was born in Norwich, Conn.

Linda and Austin shared a dream to start a farm of their own and their search for land brought them to Maine. They moved to Whitefield in 1969 and spent a winter farming at John Dysart’s on the River Road. Austin built up a dairy operation, and in 1970 they purchased Jerome and Frances Hickey’s 180-acre farm on Townhouse Road. Son Gustav was born in 1971.

Austin gained a moment of national fame when friend Victoria Chiundia discovered a Mickey Mouse shape on one of his cows. The cow lived out her years on display at Disneyland. In the 1980s, Austin was named Maine Dairy Farmer of the Year. His photographs capturing farm life and local landscapes were shown in galleries around the state and in New York City. In later years, he traveled, doing work stays on organic farms in Washington state and New Zealand. In 2004 he placed the farm in a permanent conservation easement held by Maine Farmland Trust. He was married to Shirley Barlow from 1996 to 2008.

Austin will be remembered for his curious and gentle spirit. He was a self-taught mystic, known for his playful humor and reflections about the universe. He charted his own way, anti-establishment to the end. He leaves behind a loving community in Whitefield and friends and family around the world. His legacy of stewardship, hard work, and the example he set to practice “peace, love, and happiness” will live on.

Austin is predeceased by sister, Cynthia Mello; he is survived by sister, Linda McCall and husband Brian of Ann Arbor, Mich.; and brother-in-law, Jim Mello of Lebanon, Conn., and their children; his daughter and son and spouses, Rebecca and Fred Haines of Arlington, Va., and Gustav Moore and Anna Fahey of Anacortes, Wash.; and his grandchildren, Audrey and Gavin Moore.

A celebration of life will be planned for a later date.

If you would like to make a donation in Austin’s memory, please consider the Whitefield Food Pantry, 123 Philbrick Lane, Whitefield, ME 04353, 549-3672; the Maine Farmland Trust, mainefarmlandtrust.org; or your favorite conservation or food security charity.