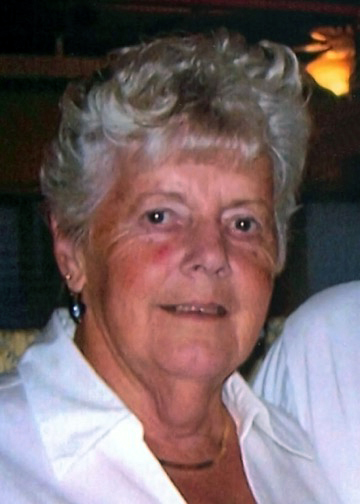 Ava Belle Phillips, 86, of Damariscotta, passed away on the afternoon of Jan. 4 at Cove’s Edge in Damariscotta after a lengthy illness. Born on April 14, 1930 in Friendship, she was the daughter of Frank and Nellie Winchenbaugh.

She attended the Friendship Village School, and later high school in Waldoboro. While growing up, she was active in the Friendship Methodist Church. She worked at Sylvania in Waldoboro, and Al’s Beauty Shop in Rockland where she obtained her degree in hairdressing. She later worked as a waitress at Pine Grove Restaurant for many years, and most recently she and Shirley Waltz catered food for many weddings throughout the local area with A & S Catering.

On Oct. 18, 1959, Ava and James Howard Phillips started their love for each other in marriage. Together they brought up a son, Lyndon W. Delano, and daughters, Kimberly Phillips Reilly and Samantha Phillips Page. With the blessings of years, Lyndon married Mitzi Abbott of Nobleboro and gave Ava two grandkids, Aaron Delano and Lindsay Delano Sproul. Daughter, Kimberly married Carl Reilly Jr. of Bristol, having grandson Hunter Reilly. Daughter, Samantha married Mark Page of Walpole, having grandson Markus Page, and granddaughter Jillian Page. With this united family came five great-grandchildren. Ava’s family was the world to her, and she will be greatly missed.

Ava so enjoyed playing Beano with her many friends, snowmobiling, always inviting a group to their home in Kingfield, and was a great one for always having a puzzle going. Her pride was putting together a puzzle of her Friendship home. Ava was a “craft” person, always enhancing something with a big bow or pearls.

A funeral service for Ava will be held at 11 a.m., Fri., Jan. 13 at the Strong-Hancock Funeral Home, 612 Main St., Damariscotta. She will be laid to rest privately in the Hillside Cemetery in Damariscotta.