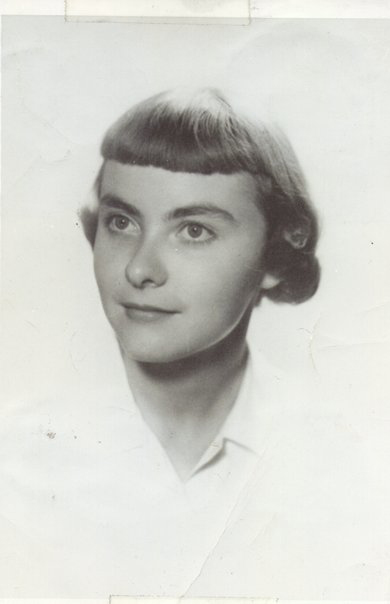 Barbara A. Stockwell, 81, of Beverly, Mass., passed away peacefully at her sleep at home on Oct. 19.

Born Barbara Ann Blanchard on Nov. 2, 1935 in Winsted, Conn., she was the daughter of Ernest Jules and Mary Agnes (Jones) Blanchard.

She grew up in Norfolk, Conn. and attended local elementary schools. Her high school years were spent at Lauralton Hall in Milford, Conn. from which she was a 1953 graduate. Barbara then went on to study at Garland Jr. College in Beacon Hill, Mass. where she majored in child psychology and graduated in 1955. After graduation she taught kindergarten in Brookline, Mass., until her marriage to Donald A. Stockwell on June 4, 1960.

After marrying, Barbara settled down in Danvers, Mass. where she began her life as a devoted wife and mother. Faith and family were the most important things in her life, they were values she never wavered from and where she found the most happiness.

Barbara also enjoyed a wide variety of interests. She had a love of sports cars particularly convertibles, starting with her Triumph TR2 in 1953 and continuing on well into her later years. She was also an avid fan of tennis, golf and her beloved Red Sox. She cherished the summers spent at Ocean Point where she became a year-round resident in 1999 and met many lifelong friends.

In 2002 she began spending winters in Siesta Key, Fla. where she also made many friends.

Barbara was predeceased by her husband of 39 years, Donald A. Stockwell; and sister, Nancy Blanchard Capocefalo.

A funeral mass will be held at 11 a.m., Wed., Oct. 25 at Our Lady Queen of Peace Catholic Church, 82 Atlantic Ave., Boothbay Harbor with Father Jack Graham officiating. Burial will follow in the Evergreen Cemetery in Boothbay.

Should friends desire, contributions in Barbara’s memory will be made to Catholic Charities, 13 Pulaski St., Peabody, MA 01960.

Friends are welcome to share condolences with the family at www.hallfuneralhomes.com.