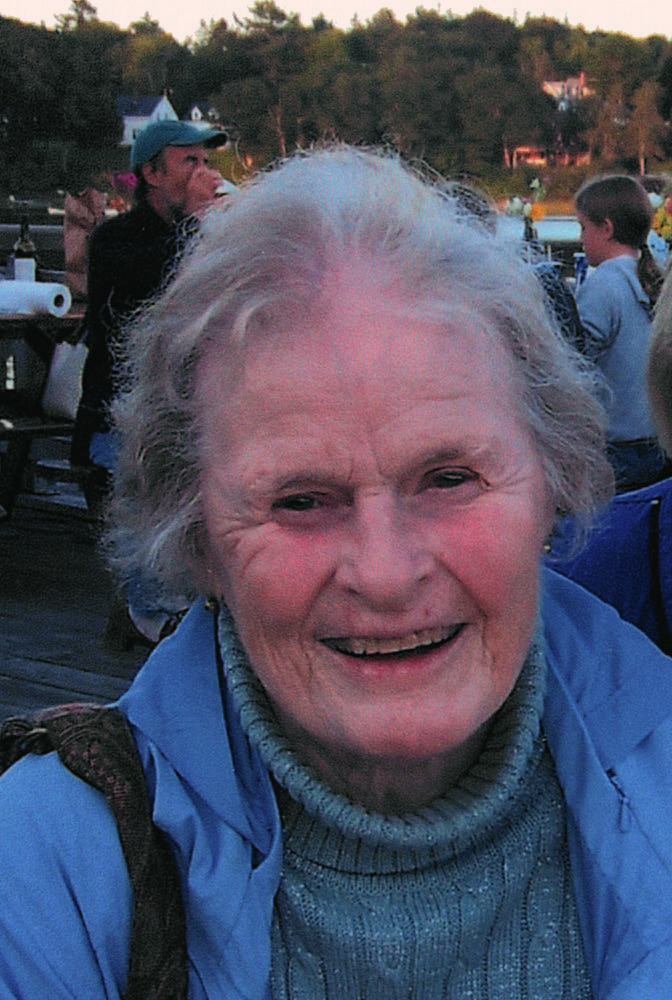 Barbara (Barnes) Townley, 90, of Damariscotta, devoted wife of Lawrence Earl Townley, and loving mother of Lawrence Robert of Ashland, Mass., and Mary Louise of Richmond, Va., passed away peacefully on Feb. 19 at Cove’s Edge in Damariscotta.

Barbara, the only daughter of Robert S. and Elizabeth (Easty) Barnes, was born in East Orange, N.J., and lived through her early childhood and teenage years in the southern U.S. and Baldwin, N.Y. She graduated from Baldwin High School in 1949, and attended Drew University before enrolling in the American Academy of Dramatic Arts from which she graduated in 1953. Following graduation, she worked at American Broadcasting Company where she would meet her husband. Larry and Barbara married in September 1957, and moved to Glen Oaks, N.Y., after which both their son and daughter were born.

The family moved frequently as the children grew up, living in Northport, N.Y., Cohasset, Mass. (twice), and Birmingham, Mich., and later in Barrington, Ill., Dover, Mass., and Damariscotta. Through each move around the country, and while raising their children, Barbara was fiercely devoted to her family and always recognized for her compassionate spirit, gentle demeanor and infectious smile.

Barbara constantly indulged in her passion for music, especially theatrical musicals and opera, and theater. She was well-known for spontaneously breaking into song around the home and at social gatherings, and loved participating in community theater.

Yet, first as a young child and following through until her final days, Barbara sustained her unbreakable attachment to, and fascination with, the ocean. Whether enjoying sailing excursions on Great South Bay, lounging on sandy beaches or exploring the rocky coast of Maine, Barbara’s eyes were forever turned to, and captivated by, the majesty of the sea. Among a lifetime of events that included worldwide travel from the southern tip of Africa to Australia and throughout western Europe, Barbara’s favorite experiences were simple days spent enjoying the sun, sand and ocean breezes – not only at her parents’ cottage at West Gilgo Beach, Long Island, but also wherever she could be near surf and salt air accompanied by her loving family and friends.

Barbara was preceded in death by her mother and father.

She is survived by her husband of 61 years, Lawrence; children, Lawrence and Mary; and granddaughter, Emily.

Services will be held at 2 p.m., Fri., Feb. 22 at the Second Congregational Church in Newcastle.