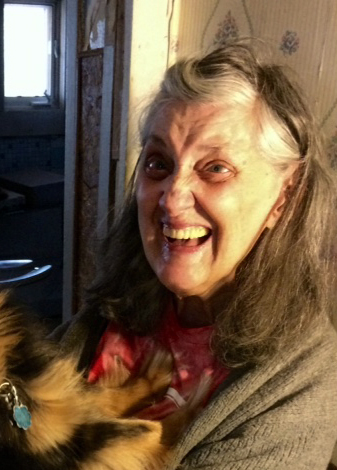 Barbara Louise Maines, 73, of Round Pond in Bristol, passed away unexpectedly on May 31 at home. She was born on Dec. 9, 1943 in Alna, daughter of Andrew B. Cooley and Arlene G. (Stilphen) Cooley.

Barbara faced many physical challenges and hardships in her life but her courage and positive attitude overcame most of them and were an inspiration to those who cared about her. Fiercely independent and loyal, she prided herself on living independently and maintaining her own home. She had a great sense of humor and a beautiful smile that lit up a room. Barbara was very appreciative of the support and assistance she received from her many friends, neighbors, and caregivers. They brought joy to her life, as she did to theirs. Her true devotion was reserved for her many dogs and cats over the years, who were adored by her. She favored Pomeranians and Barkie was her final one, as well as two cats, Blackie and Tiger.

In addition to her parents and husband, Barbara was predeceased by siblings, Mildred Cooley, Mary Ellen Cooley and Andrew B. Cooley Jr.

She is survived by sister, Linda Chaney and husband Peter of Alna; brothers, Arthur Cooley and wife Carol of Whitefield, and Harold Cooley and wife Sandra of Sidney; and several nieces, nephews and cousins.

At her request, there will be no funeral. A graveside service will be held at a later date.