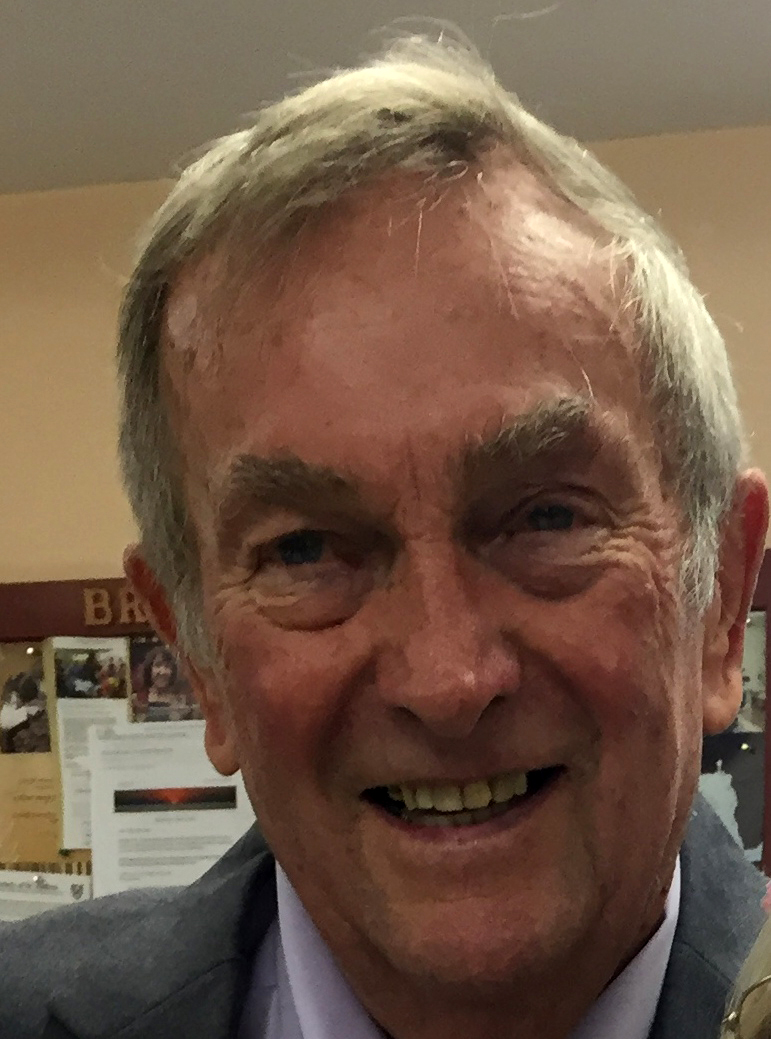 Benjamin Lawrence Conron, of Bremen, passed away unexpectedly after a very brief illness, on Nov. 4, 2019, at Maine Medical Center. He died peacefully surrounded by his wife, Louise Nicolosi, and his loving family.

Ben graduated from Reading High School in 1950. Following his graduation he joined the Air Force during the Korean War, becoming a Staff Sergeant in the Security Force and a designated sharp shooter.

In 1952, Ben married Barbara Gage Robinson, whom he had known since grade school. They were married for 60 years and had five daughters. Two years after Barbara’s passing, Ben, bereft and at a loss, reconnected with Louise Nicolosi of Bremen, a widow and longtime friend of Ben and Barbara. Ben and Louise married in May 2017. After his marriage to Louise, Ben became joyful again and grateful for his future.

As a young man out of the Air Force, Ben learned the trade of building from his father-in-law, Milton Robinson II. He built the homes of his own family and much of his extended family in the North Reading, Mass. and the mid-coast Waldoboro/Bremen area. During his career, Ben mentored many young men. He was a craftsman of fine furniture; his furniture was coveted. His work includes the historic expansion of Moody’s Diner, Moody’s Gift Shop, the First Bank, and others.

As Ben’s father passed when he was 10 from an accident and he had to support himself and his mother until she passed, he was known for always compassion toward those in financial need, allowing painters and others to barter for his work. Hannah Ineson provided a treasured painting.

Ben was an avid reader of history, biography and newspapers, devouring multiple books per week. In his younger adult years, he managed the North Reading adult softball team, played weekly bridge, and enjoyed summer beach and lake vacations and fishing with family and friends. He held large gatherings for holidays each year. In recent years, Ben and his current wife, Louise, whose cooking he raved about, drove the coast of Maine from small town to small town to see the beauty that Maine’s coast has to offer. Together, they enjoyed watching the birds, deer and many other wild animals roam the yard from their porch deck.

Ben, predeceased by Barbara, is survived by his current wife, Louise Nicolosi; his daughters with Barbara: Lezlie (and John Spencer), Cindy McGurren (and Douglas Stout), Dr. Jane Conron, Martha Brochu (and Craig Roberts), and Elizabeth (and Damon Walker); and seven grandchildren: Lauren Spencer; Kelly, and Jeffrey McGurren (and wife Jacquie); Josiah Brochu; Jacob, Hannah, and Brandon Walker; and one great-grandchild with a special fondness for his great-grandfather, Jaxton Jeffrey McGurren. Ben is also survived by loving step-daughters; one great-grandchild, who brought special joy to his heart these past several years, step daughters Debbie Pasamonte (and husband Bill), and Italia Starvou; and step-grandchildren; Debbie’s children, Joey Pasamonte, Michael and Amanda Calthorpe; and Tula and Luca Starvou.

Ben will be most remembered for his sense of humor, his youthful spirit, his welcoming heart, and his sincere love for his family. We love you, dad. You will be sorely missed.