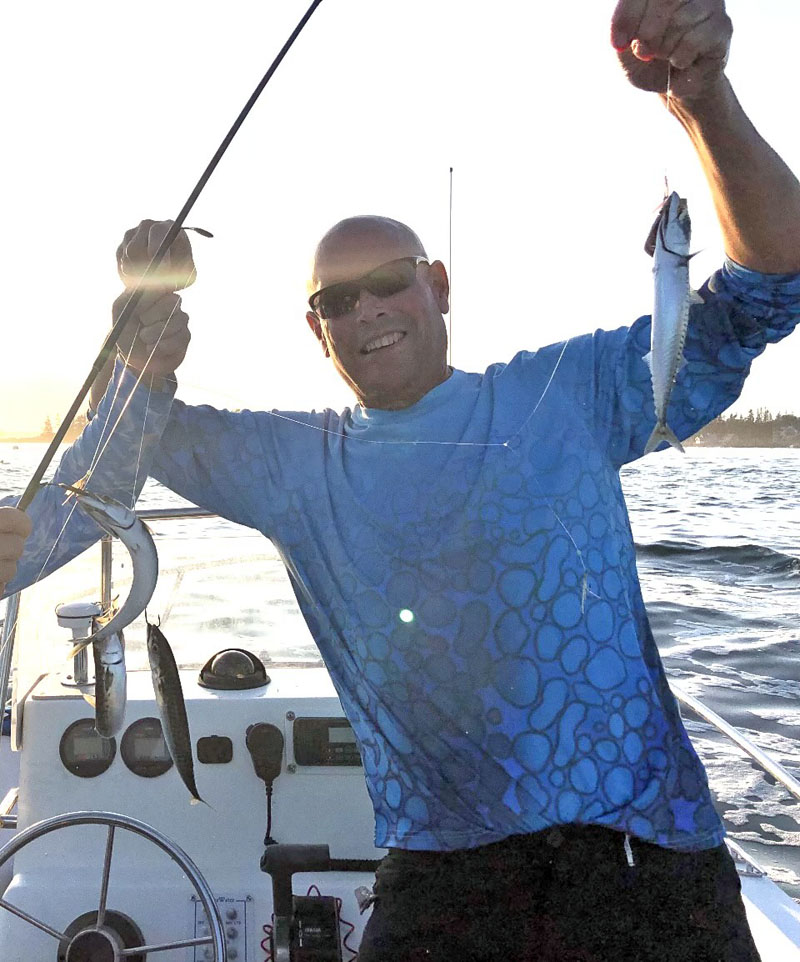 Bernard “Bernie” Alfred Meader Jr. passed away on Nov. 1, 2022 at the Gosnell House in Scarborough after a short illness.

Bernie was born on Sept. 10, 1970 to Bernard Meader and Nina (Rogers) Meader of Byfield, Mass. He grew up in Byfield and attended local schools where his love of sports began. He was a multi-sport athlete and this love of sports carried through his entire life.

He married Michelle Bouchard in 1996 and they made Boothbay Harbor their home where they raised three children – Sydney, Cortney and Andrew. He made his living as an apprentice plumber for Bayside Plumbing for the majority of his career and for Yereance Plumbing and Heating for the past year.

Bernie was very involved in youth sports, coaching his children and so many others in all sports, even field hockey, which he knew nothing about but would try to coach from the sideline anyways. He volunteered his time coaching for more YMCA basketball teams than one can count, Little League baseball, middle school football and most recently, high school football. Everyone knew Bernie for his passionate, enthusiastic (loud) coaching style.

He was extremely proud of his children and their athletic and academic accomplishments and would be likely to tell you about them even if you didn’t ask. He loved all things hunting and fishing and was accomplished at both spending most weekends out on a boat somewhere, up in Jackman during hunting season or ice fishing on every and any body of water within a 100 mile radius.

He was predeceased by his father, Bernard Sr.; and his beloved sister, Laura Hartman who passed away just eight months ago. He is survived by his wife, Michelle; his children, Sydney, Cortney, and Andrew; his mother, Nina Meader; brothers, Stan, Kirk, and Ryan; sister, Linda; numerous nieces and nephews; and some of the best friends a person could ask for – Chris Mansur, Meg, Tom and Kevin Welch, Todd Dostie, Chad Duncan, Bill Clifford, Sam Hancock, Dickie McKenney, Michael Prentice, Bob Hasch, and too many more to name.

In lieu of flowers, the family wishes for donations to be made in his name to the Community Resource Council, P.O. Box 43, Boothbay Harbor, ME 04538; or that you volunteer your time to the youth athletics programs in your area to promote and encourage participation in the sports that he so loved.

Friends are welcome to join the family for a time of visitation from 1-3 p.m. on Friday, Nov. 11 at Hall Funeral Home, 975 Wiscasset Road in Boothbay. You will be encouraged to write a memory or thought of Bernie to be shared with the family after the visitations. A gathering will be held in Byfield, Mass. at a date to be announced.

Arrangements are entrusted to Hall Funeral Home and Crematory in Boothbay.