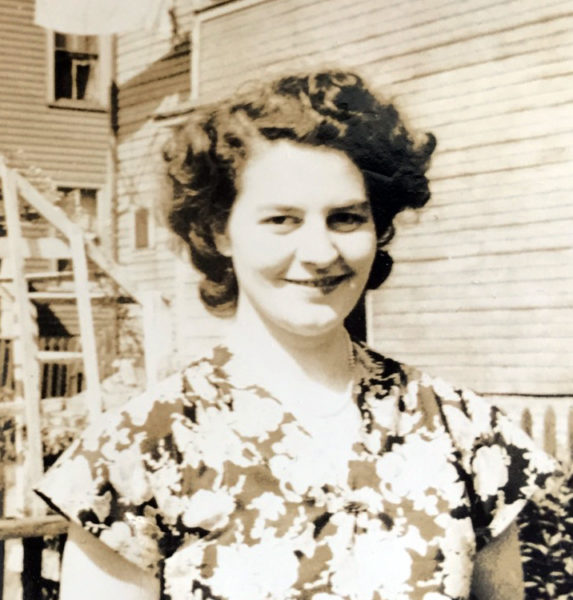 She was born on Dec. 11, 1921 in Worcester, Mass. to Philias J. and Evelyn A. (Girouard) Turcotte. Bernice attended Heard Street School and Worcester Girls Trade School, where she attained her nickname ‘Bunny’ and excelled in domestic arts, economics and printing. She was an avid basketball player during her school years and remained an enthusiastic basketball (Celtics) and football (Patriots) fan for most of her life.

In 1941, she wed Stanley J. ‘Pat’ Paterak and they settled in Dedham, Mass. where they raised the first four of their six children and owned several homes over the years. In the early 1960s Bunny and Pat moved their home to Shrewsbury, Mass., where they had two more children and lived closer to their aging parents.

In addition to raising six children over the course of several decades Bunny held several positions with print shops. She was a friend to all who knew her, always welcoming others into her home and ready with delicious homemade baked goods and a fresh pot of coffee. This hospitable and kind nature was integral to her spirit and she made lifelong friends wherever life took her. Among her closest friends throughout their life, were her two sisters Maddie and Connie with whom she looked after her mother, and played regular card games at least twice a week, if not more. Family was central to Bunny’s life.

In the late 1960s Bunny and Pat bought a piece of land in Jefferson from a dear friend to build a summer camp. Along with family and friends they built a log cabin on the water, fulfilling a lifelong dream. Shortly after the camp’s completion in 1971, Bunny’s husband lost his battle with cancer. The camp remained a place of much happiness for her and her youngest children, each summer spent in the woods, exploring and swimming with dear friends and family who visited.

Much later, in 1997, Bunny decided to make Jefferson her year-round home which lasted almost a decade before poor eyesight and the inability to drive brought her closer to her youngest daughter’s home in Portland to be near her youngest grandchildren. Bunny has considered both the Park Danforth and South Portland Nursing Home her homes here in Portland.

A memorial service and celebration of Bunny’s life will take place in Worcester, Mass. in May.

To share a memory or condolence, please visit www.athutchins.com.