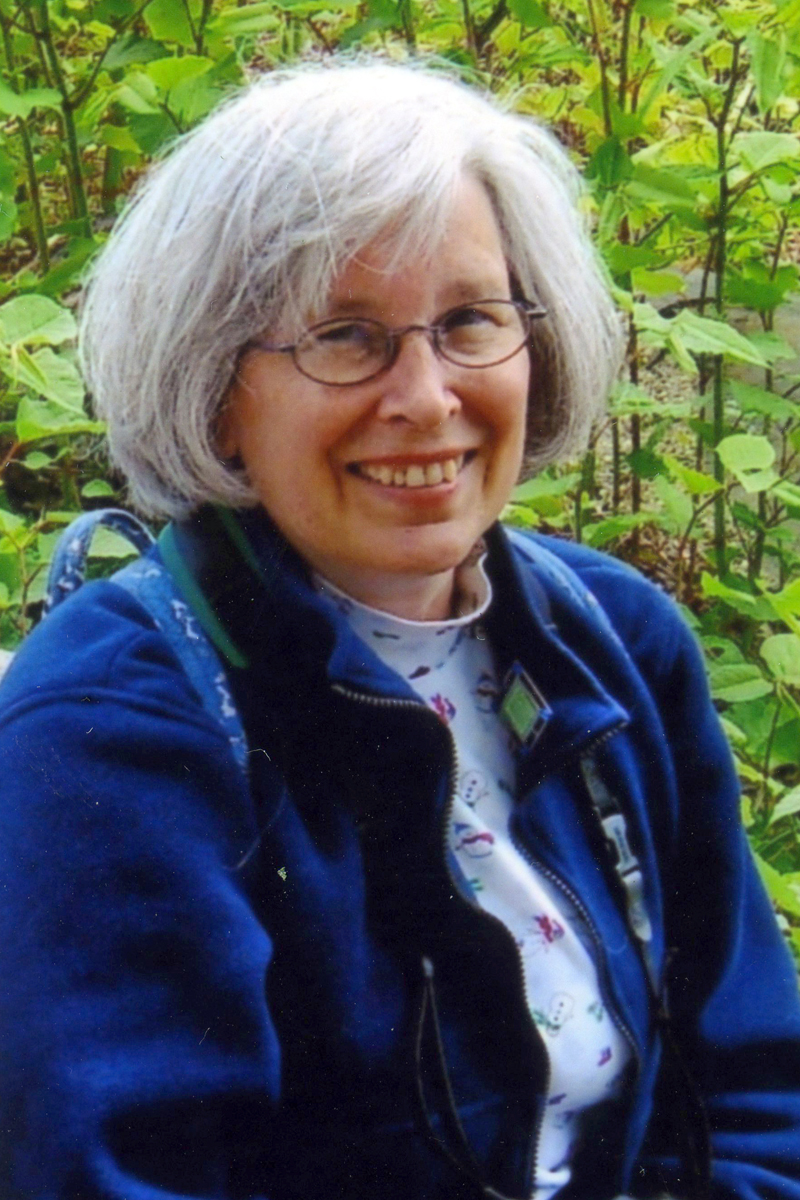 I died in the evening of December 26, 2017.  I was in the Gregory Wing of St. Andrew’s Village, Boothbay Harbor, Maine.  I had the disease my husband and I feared most, Progressive Supranuclear Palsy, insidious and incurable.  We finally got an accurate diagnosis in 2014 by travelling to Massachusetts General Hospital in Boston.  They suspected this disease on our first visit and this was confirmed within two weeks.

My roots were right here in Maine as I was born in Belfast in 1947.  My Mom was Betty Graham; she was from Calais, Vermont.  After high school she entered and graduated from the nursing program at Massachusetts General Hospital.  She then moved to Maine to work.

After a few years in Belfast, my family relocated to Northport.  I was the middle child with four siblings, three brothers and a sister.  My two older brothers, John “Butch” and George passed away before I did.  My brother Edward Caswell lives in Topsham; his adult children live nearby with their families.  My sister Prudy Caswell resides in Oregon with her husband and son.

I was very active in school activities at Crosby High School.  Cheerleading was the activity I most enjoyed.  I was a member of the National Honor Society and selected to attend Girls State.  I went to our state capitol, Augusta, to understand and observe the state government as it operated.

After graduation in 1965, I began my college program at the University of Maine, Orono.  I received my B.A. in Education in 1969.  My interest in education began when I was a middle school student.  I was fortunate to have found my passion early in life and it was a joy to be excited to head to work each day to make a difference in young lives.

My first job was in Bedford, New Hampshire teaching middle school social studies.  This was very fortuitous as this is where my “love story” began.  I met Ron, my husband, while on the job!  Ron was the school guidance counselor and it was “love at first sight”.  We were “made to order” with so much in common.  We were married in New Hampshire on St. Patrick’s Day, 1972.

Shortly thereafter, we moved to Pittsburgh for Ron to work on his Ph.D. at the University of Pittsburgh.  My first job there was teaching and directing South Hills preschool program for special needs children.

In 1975 we started our own family and I took several years off to be a full time Mom.  Our first child, Marta, now lives in Eugene, Oregon.  She has a daughter, Lorelei.  Ronnie, our son, was born two years later.  He lives in Portland, Oregon, with his wife, Jordan.  They have two sons, Wyatt and Crosby.  Within two weeks of my passing, their little girl, Drew, was born.

When I returned to the work place, I was employed at the St. Peter’s Child Development Center.  While still in New Hampshire I found that preschool education was very rewarding, as I taught at Educare in Manchester.  Later, I became the program director for “Project Kids”, a statewide program for the early identification of at risk children.  I travelled Pennsylvania in-servicing the program to teachers and administrators.

During these years I also worked on my master’s degree at Duquesne University in Pittsburgh.  I completed the program and received my Master of Science in Education in 1993.

I became interested in technology and developed a website on early childhood education and also a website for one of my hobbies, digital photography.  Other interests were foreign cinema, certain classic American films, gem setting and antique watches.  Later, as my vision failed, due to the P.S.P., I enjoyed books on tape, particularly history and novels.

When Ron retired in 2001, we travelled to Portland, OR via train.  It was a magnificent trip via Glacier National Park and the Salish & Kootenai Indian reservations.  We fell in love with the area and returned yearly.  I enjoyed documenting the trips with my photography.

In 2003, one year after my retirement, we built a home in Boothbay.  I have come full circle back to my roots.  When I think back on all the memories of my life, I think “happy as a clam”.  That must be a Maine expression as Ron heard it from me first and many times thereafter!