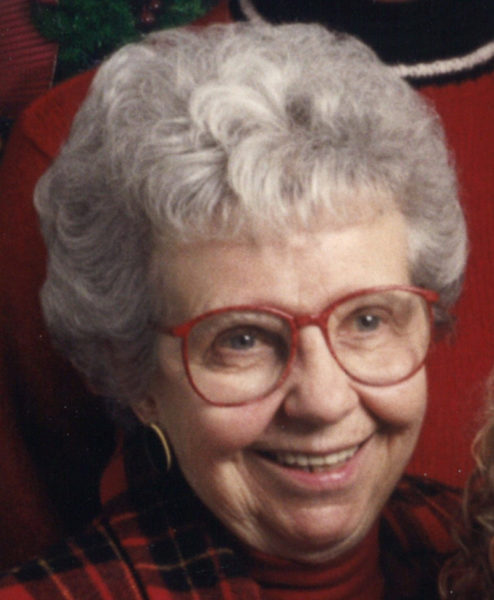 Betheo “Bee” Madelyn (Harkins) Davis, 97, of Waldoboro, passed away peacefully at her home early on Jan. 29 after a day surrounded by the love and laughter of her children, grandchildren and nephews.

She was born on Kaler’s Corner in Waldoboro on Feb. 3, 1919 and was the proud 1936 salutatorian of the first graduating class of Waldoboro High School. She raised three children and was a pillar in the lives of her eight grandchildren, 14 great-grandchildren and one great-great-grandson.

Bee was known first and foremost for her fierce loyalty to her family and friends, and her wit and sense of humor. She was always armed with a story, a joke (often colorful), an opinion on a world event, and all the latest local news. Throughout her life, Bee overcame hardships with resilience and bravery that inspired and shaped her family.

Bee was a beautician in Damariscotta and Waldoboro for 58 years, welcoming friends into her in-home shop for the last five decades. For much of her life, she spent summer days on the shores of Hog Island with her children, siblings, nieces and nephews and grandchildren, as well as loving her many days spent with family on Damariscotta Lake.

Despite losing her eyesight for the last two decades of her life, she lived alone – and continued to bake pies – until shortly before passing away. Bee always looked forward to her niece, Jackie Tait’s daily telephone call to solve the Word Jumble puzzle of the day. She was a true matriarch and she will be missed daily.

She will be laid to rest with five generations of her family and beside her beloved brother Kelsey in the Old German Church Cemetery in Waldoboro.

A gathering of family and friends will be held from 10-11 a.m., Thurs., Feb. 2 followed by a memorial service at 11 a.m., both to be held at Hall’s of Waldoboro, 949 Main St., Waldoboro, with Rev. Bob Dorr officiating. Reception will following immediately at the VFW on Mill Street in Waldoboro.