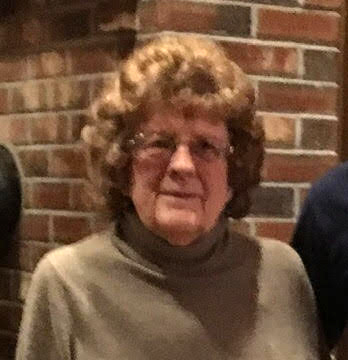 Betsy was born to Marion Bryant and Muriel Light Bryant on Nov. 21, 1935 at home in Nobleboro, along with three sisters. Betsy attended school in a one-room schoolhouse in Nobleboro with all eight grades, along with teacher Alice Spear. She then attended Waldoboro High School in Waldoboro.

Betsy went to work at GTE Sylvania in Waldoboro in 1963 and worked there for 31 years, retiring in 1994. Betsy then started taking care of her two grandchildren, Craig and Samantha Jackson. Then other parents wanted her as a babysitter, so over the next 15 years she took care of over 50 different children.

Betsy spent time in the winter braiding rugs and in the summer mowing the lawn with her tractor. She helped raking blueberries in the summer and spending time on Crawford Lake. She loved to cook for her family, making fudge (peanut butter), cookies and her famous lemon meringue pie.

There will be no visiting hours as Betsy will be cremated and buried in the Lake View Cemetery in the spring.

Donations may be made in Betsy’s name to the Waldoboro Food Pantry, 251 Jefferson St., Waldoboro, ME 04572, which she supported; or the Sussman House, c/o Pen Bay Waldo Healthcare Foundation, 22 White St., Rockland, ME 04841.