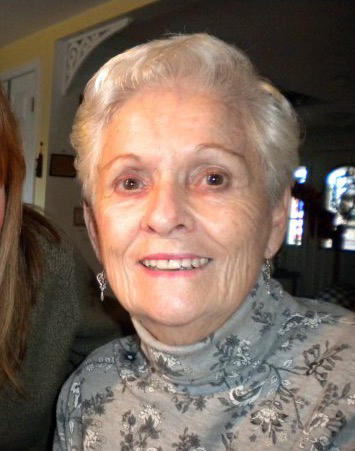 Betty Ann Braley was born on Feb. 29, 1928, in Farmington, N.H., to Claude and Margaret Braley (Prang). She spent most of her childhood in the Haverhill, Mass. area. She also lived in New Hampshire, Maryland, and Illinois.

During the 1940s, Mrs. Gersh quit high school to go to work making electronics at the Western Electric in Haverhill. She remained in touch with her friends from the Western for the rest of her life and they would get together whenever she went back to the Haverhill area. Later in life, she obtained her GED and, at the age of 50, earned an Associate Arts degree in General Studies from Prince Georges Community College in Maryland.

Mrs. Gersh was fond of flea markets, antiquing, attending auctions, and making crafts. In the 1990s she owned a shop in Waldoboro called “Cozy Corner Crafts and Collectibles.” She loved the holidays and would always decorate her home for holidays and special occasions, often with crafts she had made.

She loved the ocean and returned to Salisbury Beach, Mass. and Hampton Beach, N.H. whenever she could. She also loved the beauty and scenery of Maine.

She diligently followed the local newspapers, including those from places she had lived previously.

She was a respected member of several churches over her life, and was active in the Waldoboro United Methodist Church. She spearheaded a number of church-based charitable activities. She cared deeply for the welfare of others and gave generously to charities and her church.

Her passing leaves a vacant space in the hearts of the many she touched.

A memorial service will be held at 1 p.m. on Friday, Nov. 4 at the Strong-Hancock Funeral Home in Damariscotta.

In lieu of flowers, the family requests that donations be made in Mrs. Gersh’s memory to the American Red Cross; or a charity of the donor’s choice.