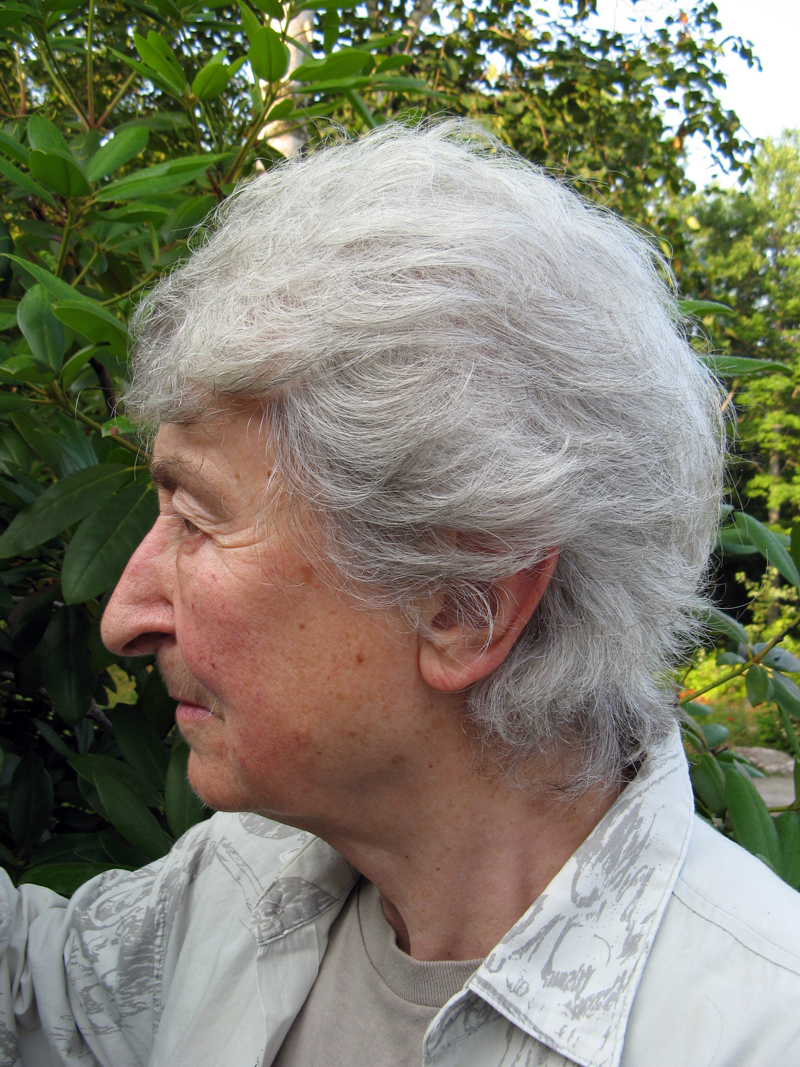 Brenda Bettinson was born in 1929 in King’s Lynn and grew up in Rickmansworth (U.K). She was the only child of Randall Bettinson and Edith Mitchley. After receiving her school certificate, she was awarded a county grant to attend St. Martin’s School of Art from where she transferred to the Central School of Art & Design. She passed the intermediate examination for art and crafts administered by the Ministry of Education in 1948, followed by the examination for art in illustration and the national diploma in design in 1950. She continued her studies in Paris, first as a painter at the Académie de Grande Chaumière and then at the Sorbonne in Etruscology. Upon her return to England she worked as freelance designer and continued her studies at the Central and the University of London.

In 1960 she emigrated to the United States. She found exhibition opportunities in New York, designed record covers for 20th Century Fox, and was soon offered teaching jobs. She retired as professor emeritus from Pace University where she taught for 27 years and chaired the Department of Art & Design in Westchester for five years, where she was a tireless advocate for the arts and humanities.

Brenda Bettinson died in her sleep at her home on Barter’s Island in late 2021. She is mourned by those whose lives she and her art touched.

Bettinson’s work will continue to be represented by Mathias Fine Art. The Trevett gallery in collaboration with the Bettinson Society is expected to make further announcements in the months to come.