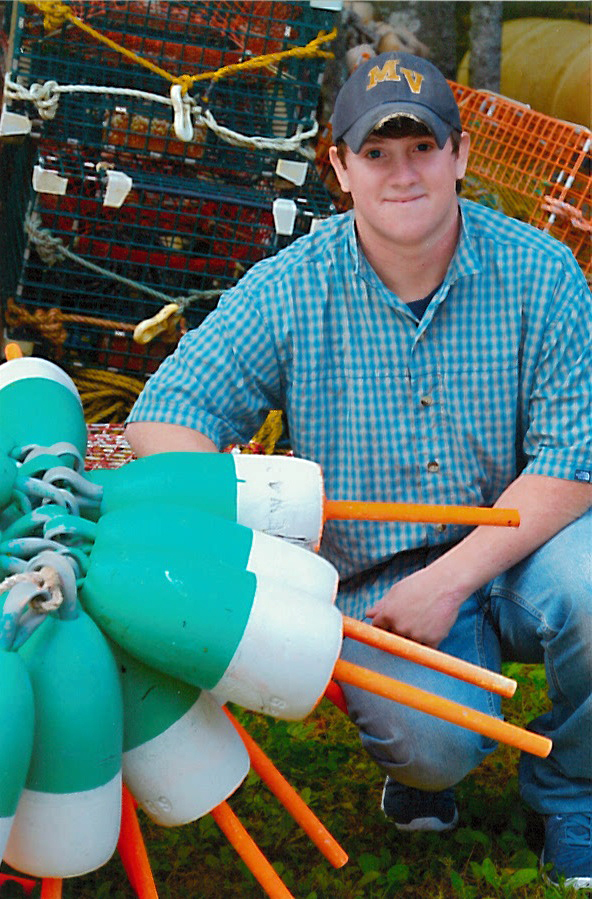 Brendan J. Lash, 19, of Friendship, died unexpectedly May 1 from complications of asthma.

Born Sept. 12, 1998 in Damariscotta, Brendan was the son of Wesley and Wendy Moody Lash. He attended Friendship schools and graduated from Medomak Valley High School in 2016.

During his time growing up in Friendship, Brendan waited for each baseball season, whether it be Little League or a good ole whiffle ball game with all the neighborhood kids. He continued to play baseball all through school.

Brendan enjoyed all sports, but his passion was football. He was fortunate to play from its very first season until it became a varsity sport during his senior year. He was selected as a captain and was chosen to participate in the Maine Shrine Lobster Bowl. He considered Coach Ryan Snell and Jason Stewart his mentors and his teammates’ family.

Brendan spent many years on the water, boat racing with his Pup and his father. This began his great love of boats and fishing. He became a sternman at an early age with his captain Harley Wallace of Friendship, with whom he was presently working.

Brendan was the most honest, caring and giving man. He would give you the shirt off his back or his last dollar. He wanted to give even if he was gone, so when he received his license as a young man he made sure he was an organ donor in hopes he could help someone.

Brendan was predeceased by his Pup, Wesley A. Lash.

Family and friends are invited to visit from 5-7 p.m., Mon, May 7 at Burpee, Carpenter & Hutchins Funeral Home, Rockland. A celebration of Brendan’s life will be held at 11 a.m., Tues., May 8 at Thomaston Baptist Church, 150 Main St., Thomaston.

To share a memory or condolence with Brendan’s family, please visit their Book of Memories at www.bchfh.com.