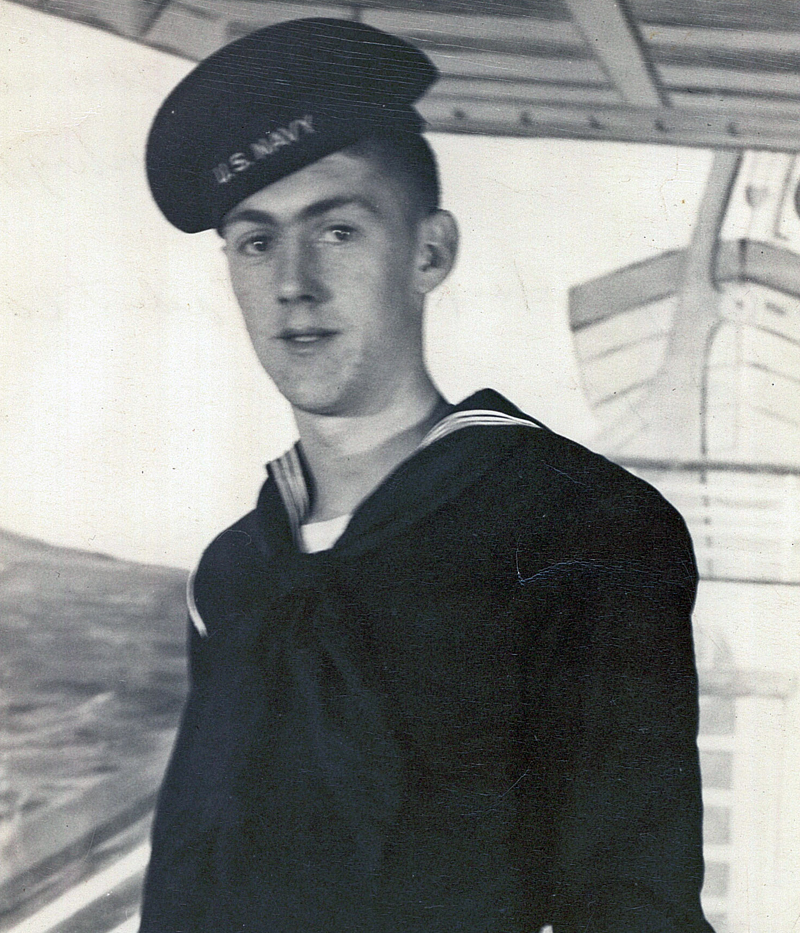 Our father, Burleigh Clason Stevens, left us Sunday, March 8, 2020 at his home on Long Pond, Somerville. This is where Dad was the happiest. He was born in Chelsea on May 17, 1930, a son of George Emery Stevens and Goldie (Plummer) Stevens. Dad was brought up on the Wellman Road in Chelsea. He was raised by his mother and step-father, Frank Hiltz who he always considered his father.

As a young lad, Dad went to a one-room schoolhouse for all eight grades on the Wellman Road in Chelsea. As he got in the higher grades, he became the janitor. He was one of the first students at the school with water, and in the winter, always made sure the woodstove was started. When students arrived, the school was warm.

When Dad was in his teens, he drove one of the first school buses in the Town of Chelsea to the one room school house.

In June of 1951, Dad married our mother, Patricia Witham, and had four children together.

After his service in the Navy, Dad worked at Bath Iron Works and later for Bridge Construction. In 1958, he started working at Togus; first in the laundry room, then he transferred Guard Force and Fire Department. He then transferred over to Boiler Maintenance until he retired in 1985 to his home on Long Pond where Dad was content and happy. Dad loved the water and his home.

From 2015 to 2019, he spent winters in Florida with his son and daughter-in-law, Mike and Julia in New Port Richey. This past year, 2019, was hard on Dad due to ill health. Dad left us from the comfort of his own home.

Burleigh is survived by his three children: daughter, Leslie Bartlett and her husband Drew of Washington, son Michael Stevens and his wife Julia of New Port Richey, Fla., and Robert Stevens of Windsor. He lost his second son, Tim, on Feb. 8, 2018. Losing Tim took a lot out of Dad. He is also survived by four granddaughters: Stacey Bond and her husband Aaron of Whitefield, Sheri Stevens of Augusta, Heidi St. Pierre and her husband Chris of Manchester, and Amy Jones and her husband Chip of Manchester; six great-grandchildren: Augustus, Griffen and Keegan Bond, Coty and Mariah St. Pierre and Cameron Jones; a great-great granddaughter, Rose Elizabeth; a brother, Manly “Pat” Hiltz of Chelsea as well as several nieces, nephews and cousins. He was also predeceased by his oldest grandson, Shane Weeks; a sister, Beverly Grady; and a brother, Bert Brown.

The family would like to thank Rick and Vicki Mitchell who was his neighbor and who always looked in on Dad. Dad’s caregiver, Kim who was so caring and thoughtful to our father.

Dad would have turned 90 in May. A graveside service will be held in the spring at Rest Haven Cemetery, Rt. 32, Windsor.

Arrangements are under the care of Plummer Funeral Home, 983 Ridge Road, Rt. 32, Windsor.