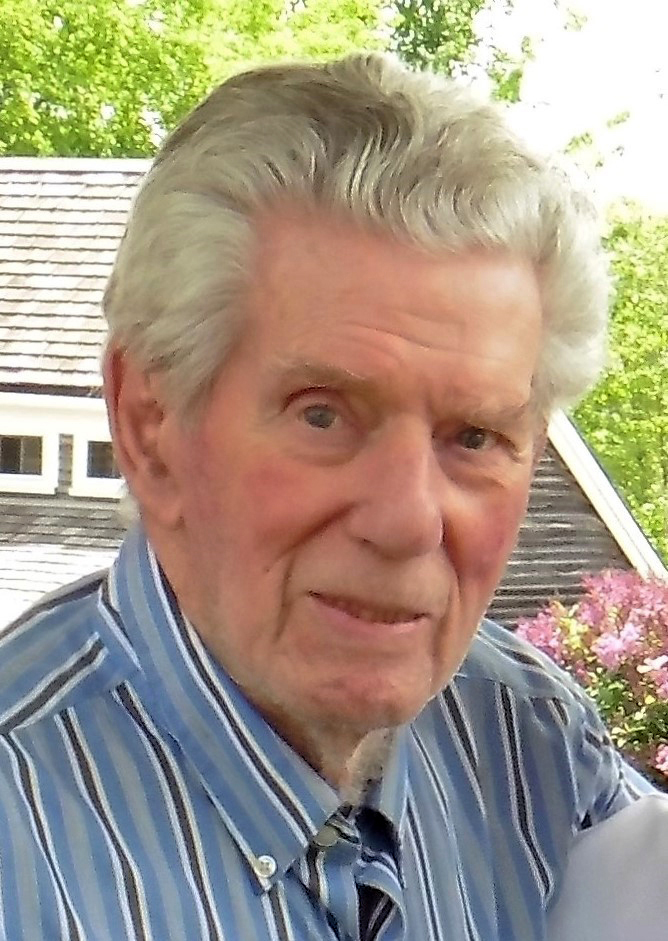 C.R. “Kip” Recor, 99, of Round Pond, passed away peacefully June 19 at Cove’s Edge in Damariscotta.

Kip was born Oct. 15, 1917 in New Britain, Conn. to Elmer and Rose Singer Recor. He graduated from New Britain High School in 1935 and from Tufts University in 1940 with a BS in electrical engineering. On June 21, 1941 Kip and his college sweetheart, Virginia “Jinny” Milnes were married.

During WWII, Kip worked for General Electric making turbines for the war effort. His long career in manufacturing and the paper industry led him and his family to many places including Massachusetts, Iowa, Illinois, Wisconsin, Alabama, New Brunswick, Canada, and back to Connecticut. He began a career in the paper industry with the Beloit Corporation (Beloit, Wis.), a premier company making paper machines, first as an engineer then in sales and management. He progressed to head the Beloit sales office in Mobile, Ala. May 2, 1963 Kip filed a patent application for a “Coating Applicator” and in 1966 was awarded patent number 3,285,225 for his invention.

In 1968 Kip shifted his career to the production side of the paper industry when he accepted a position as V.P. of operations for Fraser Papers located in both Edmundston, New Brunswick, Canada, and Madawaska. After successfully navigating Fraser Papers back to profitability he was promoted to the position of president. Fraser’s sales offices were in Greenwich, Conn. and Kip then moved to Westport, Conn. where he could best drive sales and continue making critical business relationships until he retired in 1975. During that time he mentored many young people and served on the Scholarship Committee of the Pulp and Paper Foundation at the University of Maine.

Kip did not stay retired for long as he was tapped to be the chairman for the revitalized Madison Paper Company in Madison where he brought together the New York Times publishing company and a leading Finnish paper company named Myllokosky OY to produce supercalendered paper for the Sunday insert of the New York Times magazine. While in the Madison area he found a way to fulfill a key item on his bucket list by purchasing a neglected dam in North New Portland and converting it from a wood-turning mill to a source of hydroelectric power.

Kip and Jinny moved to Round Pond in 2000 where he supported several organizations including The Carpenter’s Boat Shop and helped to make repairs at the Little Brown Church. He enjoyed many activities in the area, from taking Coastal Senior College classes to attending dinner club and live broadcasts of the Met to playing trivia at The 1812 Farm. His lifelong interests included skiing, travel, gardening, wood working, preserving chestnut trees, canoeing, reading, history of the Mayans and making gin martinis on the rocks with just a touch of vermouth. He was always best surrounded by friends and was the life of every party.

A celebration of life service will be held later this summer at a time and place to be announced.

Memorials may be made to The Carpenter’s Boat Shop (Pemaquid, ME) or Harborview Cottage at Lincoln Home (Newcastle, ME).

Those wishing to sign Kip’s guestbook may also do so at www.yourtribute.com.

To extend online condolences to the family please visit www.hallfuneralhomes.com.