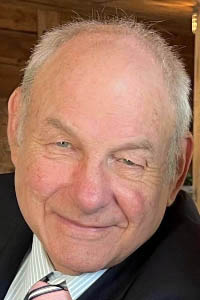 “Old sailors never die but sometimes, when the tide is low, they just sail away.” Capt. Art’s ship sailed Jan. 20, 2023 after an adventurous 77-year voyage. He hauled anchor after a bout of congestive heart failure complicated by the residual effects of COVID-19 two years prior.

Born Sept. 13, 1945, in Everett, Mass., he was the eldest child of the late Rev. Dr. Arthur H. Melanson and Dorothy (Holden) Melanson. Capt. Melanson grew up in Wellesley Hills, Mass., graduating from Wellesley High in 1963. He proudly received his B.S. degree from Maine Maritime Academy in Castine in 1968. He served as a lieutenant in the U.S. Navy during the Vietnam era.

The Melanson family summered in Waldoboro and he thrived in the outdoors, exploring the woods and inlets of the Medomak River with his trusty sidekick, David Wincapaw. The inseparable duo swam, clammed, fished, and lobstered, never happier than puttering along the shores in a boat. Later, as a young adult he owned the scallop dragger, Walter D. Ordway. Over the years he lived in Waldoboro, Castine, Washington (where he established Washington Kennel), South Hiram, and Shapleigh.

Capt. Melanson shipped out with Exxon/Esso/Humble and served on the second Northwest Passage voyage of the prototype tanker Manhattan, eventually becoming the youngest master in the Exxon fleet at the time. He became captain of the Exxon Huntington and was documenting his career at the time of his passing. He came ashore in 1988 to become a lobsterman out of Waldoboro and later a port captain doing pollution control work overseeing the unloading of oil tankers until he switched gears in 1995, married his childhood friend/sometimes nemesis, Susan (Chapman) Horn, and moved to the sacred slopes of Oak Hill Farm in South Hiram. There the Captain and Sue bred, raised, and raced sled dogs (Siberian and Alaskan Huskies); owned High Acres Maple Syrup, belonging to Southern Maine Maple Sugarmakers; and built the Cottages at Oak Hill Farm from the ground up. Two years ago they handed the keys to the kingdom of Oak Hill Farm over to Samantha Person and Nathan McClure who continue their vision as stewards of the land. Art and Sue served for many years on the MSAD 55 School Board, Art chairing both the policy committee and the board itself. They were both past officers of CAB (Cornish Association of Businesses).

Collecting Inuit artwork was a hobby of Art and Sue and they were interested in Native American studies. He had a passion for bridge, scrabble, cribbage, genealogy, collecting stamps, deer hunting and was a Star Trek aficionado. Art loved to cook, especially a variety of venison recipes.

Visiting hours will be held from 2-4 p.m. on Saturday, Jan. 28 at Poitras, Neal & York Funeral Home, 71 Maple St., Cornish, culminating in a military honors ceremony. A celebration of life will be held at the Melanson home in Shapleigh at 2 p.m. on Saturday, April 1. Capt. Melanson’s ashes will be scattered at sea in the future.

Memorial donations may be made to the Waponahki Museum Resource Center, 59 Passamaquoddy Road, Point Pleasant, ME 04667.

Online condolence messages can be submitted at the funeral home website, mainefuneral.com.