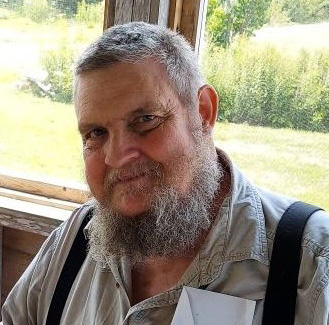 Carl J. Wilms, of Waldoboro, died Sept. 17, 2021, at an Augusta hospital as a result of complications from surgery. The son of Hugo J. Wilms and Vivian Johnson Wilms, he was born in Boston on April 13, 1954.

Carl grew up first in Waterford and then North Stonington, Conn., where he graduated from Wheeler High School in 1972. He started his own firewood business at the age of 13 and throughout high school also worked on a vegetable farm, as well as his own family farm. After graduation from high school, he worked at Yardney Technical Products in Pawcatuck, R.I. and later as a caretaker of an estate in North Stonington.

He moved to Fort Kent in the early 1980s where he graduated from the University of Maine at Fort Kent. He worked with Woodlot Management Services of Presque Isle for several years and then moved to the Fort Kent Recreation Department where he was in charge of maintenance until an injury forced his early retirement in 2001.

Carl’s legendary encyclopedic memory and knowledge about all things, from bridging the practical to the academic, from mechanical to personal, from music and art to the natural world, will be sorely missed by all. He was most loved for his kind, gentle nature and willingness to help anyone at any time, day or night. He was a knowledgeable beekeeper who encouraged and mentored many newcomers to beekeeping. Always happiest outdoors in nature, Carl enjoyed his vegetable garden, tinkering on old farm machinery, and fishing, especially for Northerns and muskies.

Survivors include his longtime partner, Dorothy Hopkins, of Waldoboro; his step-son, Frank W. Hopkins, of Portland and his partner Sarra Maddocks; and a brother, Daniel and his wife, Cheryl, of Payson, Ariz. Carl was predeceased by his parents; and his older brother, Paul.

A graveside service will be held at 1 p.m. Sunday, Oct. 3, at the Seaview Cemetery in Rockport.

In lieu of flowers, donations in Carl’s name may be made to the Knox Lincoln County Beekeepers, c/o Matthew Sturtevant, 195 Morgan Hill Road, Nobleboro, ME 04555; or any charity of one’s choice that honors Carl’s memory.