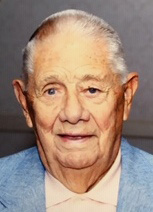 Carl was born in South Portland on Sept. 6, 1917, the son of the late Charles L. and Harriett (Chick) Toothaker. He was educated in Gardiner High School, Gardiner, and graduated in 1939 from the University of Maine with a degree in mechanical engineering. He held a professional engineer’s license in Connecticut for many years. He also resided in Woodbridge, Conn. and Pemaquid Trail, New Harbor. Although his final years were in Rhode Island, his heart always belonged to the state of Maine.

Mr. Toothaker was active in various youth and community activities in Naugatuck, Conn. at the YMCA and PTA and was a member of the Central Connecticut Chapter of AIPE, participated in Boy Scout activities of Quinnipiac Council, served on the Town of Bethany, Conn. Board of Education, and was board chairman from 1958-1963 and was chairman of the Bethany School Building Committee in 1956.

Mr. Toothaker was associated with Uniroyal, Inc. since his graduation, where he served as a project engineer until 1945 when he assumed responsibilities as plant manager for the Naugatuck Footwear Plant. In 1963 he transferred to Providence, R.I. as the factory manager of the Uniroyal facility. In 1969 he returned to Naugatuck to once again assume responsibility as the factory manager of the Naugatuck Footwear Plant. From 1975 until his retirement in 1978, he served as vice-president, manufacturing consumer division. Mr. Toothaker was a member of the Naugatuck Lodge #967, B.P.O. Elks and the University Club of Providence.

Funeral services and burial will be private; there are no calling hours.

To honor Carl’s memory, contributions may be made to the University of Maine Foundation, 2 Alumni Place, Orono, ME 04469.

Arrangements have been entrusted to the Buckmiller Thurston Mengacci Funeral Home, Naugatuck, Conn.