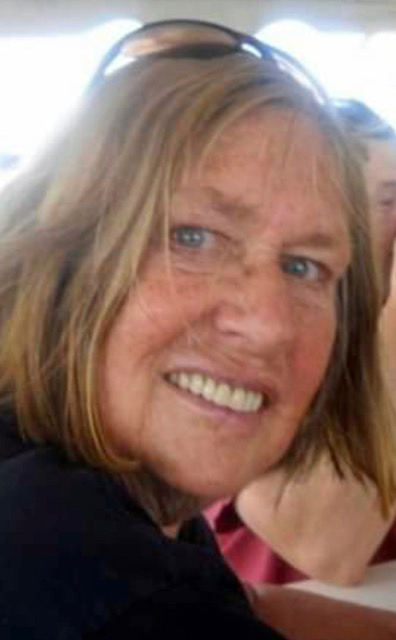 Carol Deborah Morton Brightman died peacefully on Nov. 11 at Cove’s Edge in Damariscotta. The daughter of Carl Gordon Brightman Jr. and Lucy Hancock Brightman, Carol grew up in Willamette and Winnetka, Ill. where she graduated from New Trier High School, before going on to Vassar College, The University of Chicago, and New York University.

Carol was an award-winning author, political activist, and writing teacher. She may have been best known for her National Book Critic Circle Award winning biography of Mary McCarthy, titled Writing Dangerously, and her journalistic coverage of the Vietnam War, including the founding of Viet Report which was responsible for ground breaking coverage of the use of chemical warfare by the US government in Vietnam. Over the years, Carol wrote about American culture from a variety of angles and published books on The Grateful Dead, Post 9/11 cultural and economic changes, and the ABA winning Drawings and Digressions about the American artist, Larry Rivers. As a teacher she loved working with many different kinds of students, from adult students at Brooklyn College in the ’70s, to college students at the University of Maine in the ’90s, to ‘second career’ writers who studied with her in local workshops and ongoing writers’ groups. She particularly liked working with students interested in writing their memoires.

In her younger years, in the late ’60s, she travelled around America speaking on college campuses and at various gatherings about the Vietnam War. In 1967 she travelled to North Vietnam with the Bertrand Russel War Crimes Tribunal to chart US Bombing Patterns and brought back her unique perspective on the conflict. She was also a leader in the Venceremos Brigade which brought young Americans to Cuba to cut sugarcane and experience the Cuban revolution first hand. She, along with Sandra Levinson, compiled the writings of those who participated in a book of the same title: Venceremos Brigade: Young Americans Sharing the Life and Work of Revolutionary Cuba.

Carol was known for not only for her formidable intellect and her political convictions, but also for her love of family history, her love of travel, her zany sense of humor, her joy in being alive, her terrible cooking, decent baking, and the remarkable hospitality she showed so many, of all ages, who crossed her path.

She moved to Maine fulltime in 1987 with her then partner and father of her son, Michael Uhl. She had come to Maine in 1980 both to work on an article she was writing for GEO magazine and to explore her ancestral grounds. While visiting the Pemaquid peninsula, which her paternal ancestors had called home for generations, she fell in love with the old Carl Bailey farmhouse on Carl Bailey Road. After spending summers renovating the house, it became her home for decades and the kitchen of the “Bailey House” hosted countless drumming circles, scrabble games, pie eating extravaganzas, poetry readings, animated conversations, dance parties, and all manner of revelry.

After declining in the wake of a heart attack and a dementia diagnosis, Carol moved to the Miles Health Campus in 2012. While her cognitive abilities diminished over time, she retained her zest for life and her powerful sense of humor, transforming her wonderful caregivers into friends and showering her grandchildren with love and laughter.

She will be wildly missed by all who knew her.

A funeral service will be held at the Little Brown Church in Round Pond on Saturday, Nov. 16 at 1 p.m. with internment to follow immediately at The Maple Grove Cemetery on Rt. 32 in Round Pond.

In lieu of flowers, contributions in Carol’s memory may be made to the Skidompha Public Library; The Coastal Rivers Conservation Trust; or The American Indian College Fund.