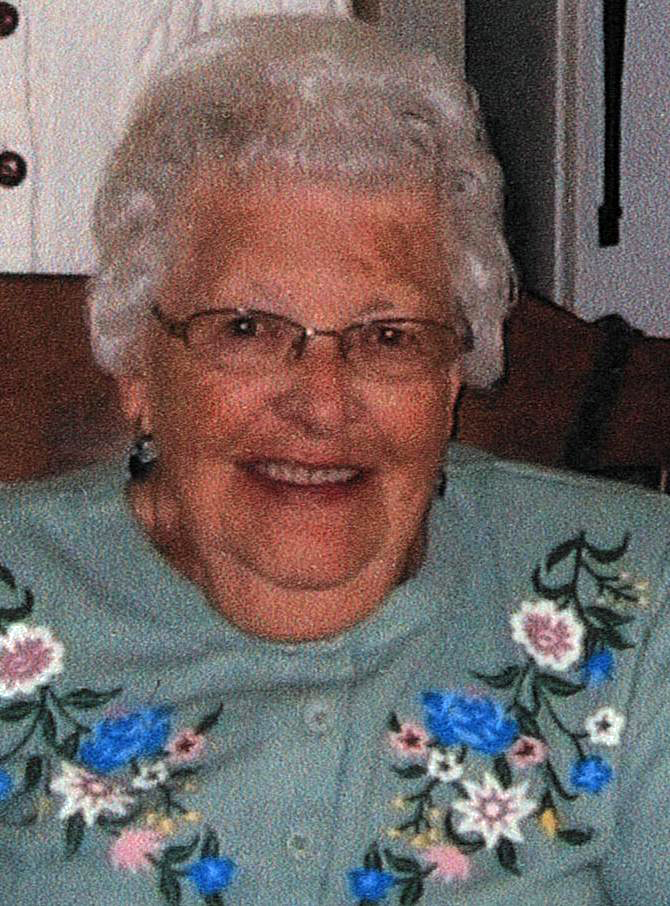 She was a resident of Waldoboro for 49 years before moving to Jefferson in 1990. Cal married Therlow Heyer in Waldoboro on Feb. 28, 1942. They enjoyed 53 years together fishing, camping, snowmobiling and enjoying country music.

Cal worked for Paragon Button Factory, cooked at Miller Grade School and she also worked at Morse’s Sauerkraut before retirement.

During her many years she enjoyed sewing, needlework, crocheting and cooking. You never left one of her meals hungry.

Cal is survived by her son, Conrad J. Heyer and his wife Cathy of Rockport; four grandchildren, Cynthia Reppucci and her husband Charles Sr. of Windsor, Richard Rawley Jr. and his wife Haydee’ of Frederick, Md., Scott Heyer of Providence, R.I., and Kimberly Heyer of Rockport. She is also survived by five great-grandchildren, Christina Reppucci and her fiance Justin Trombley of E. Lansing, Mich., Charles Reppucci Jr. and his wife Julia of Waldorf, Md., Sara and Richard Rawley III of Frederick, Md., and Kendyl Heyer of Rockport; and great-great-grandson, Oliver Reppucci of Waldorf, Md. She is also survived by her sister-in-law, Flora Bowden of Camden; her son-in-law, Richard Rawley Sr. of Waldoboro; her brother, Charles Bowden of Jefferson; many nieces, nephews; and more friends than one could count.

Cal wintered in Florida for several years where she made many lasting friends whom she kept in touch with by cards and the telephone. (Thank goodness for the telephone!)

Visiting hours will be on Monday, May 27 from 5-7 p.m. at Hall Funeral Home, 949 Main St. in Waldoboro. Funeral services will be held on Tuesday, May 28 at 2 p.m. at Hall’s of Waldoboro, with Pastor Tom Rawley officiating.

Hall’s of Waldoboro has care of the arrangements. Condolences may be shared with the family by visiting hallfuneralhomes.com.