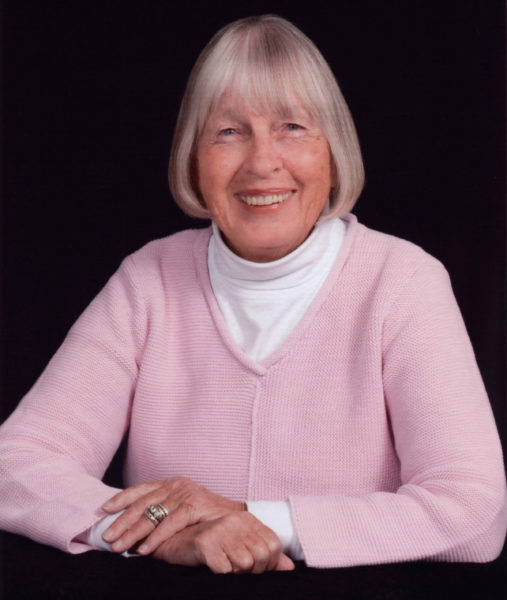 Carolyn (Carrie) Rose Hirchert Thomas, 91, of Cumberland Foreside, passed away on March 11, 2020. Carrie was born in Passaic, N.J. on March 17, 1928. She was the daughter of Charles Hatheway Hirchert and Olive Prescott Hirchert, and stepdaughter of Marjorie Walrath Hirchert.  Carrie spent every summer in Christmas Cove, where she met the love of her life, Charlie Thomas.

Carrie attended Elmira College and was a graduate of the Katharine Gibbs School. She was employed at the Yale University Medical School before marrying Charlie in 1951. She and Charlie lived in a number of places in New England as they raised their family, eventually settling in Concord, Mass. There she and her partner opened and ran a well-known contemporary crafts and clothing store, Perceptions, for 32 years. Carrie and Charlie continued to spend every summer in Christmas Cove, where they cruised the coast in their boat named for her. She and Charlie retired to Cumberland in 1989, where she was an active and supportive member of the Congregational Church of Cumberland, indulging her love of music by singing in the choir for years.

Carrie had a wonderful sense of style and was loved by all who met her. She lit up any room with her beautiful, warm smile, sense of humor, endless energy, zest for life, and her genuine interest in people. Regardless of age, Carrie was able to relate to all and was adored by her grandchildren and her many admirers. She had a knack for creating beautiful homes, and had a passion for art, music, and her family and her friends, including many pets.  She made a lasting impression on all who met her. Carrie will be greatly missed by many, but probably none more so than in her beloved Christmas Cove.

In lieu of flowers, memorial donations can be made to the Congregational Church of Cumberland UCC, P.O. Box 247, 282 Main St., Cumberland ME 04021. Memorial services will be announced later when group gathering is permitted.