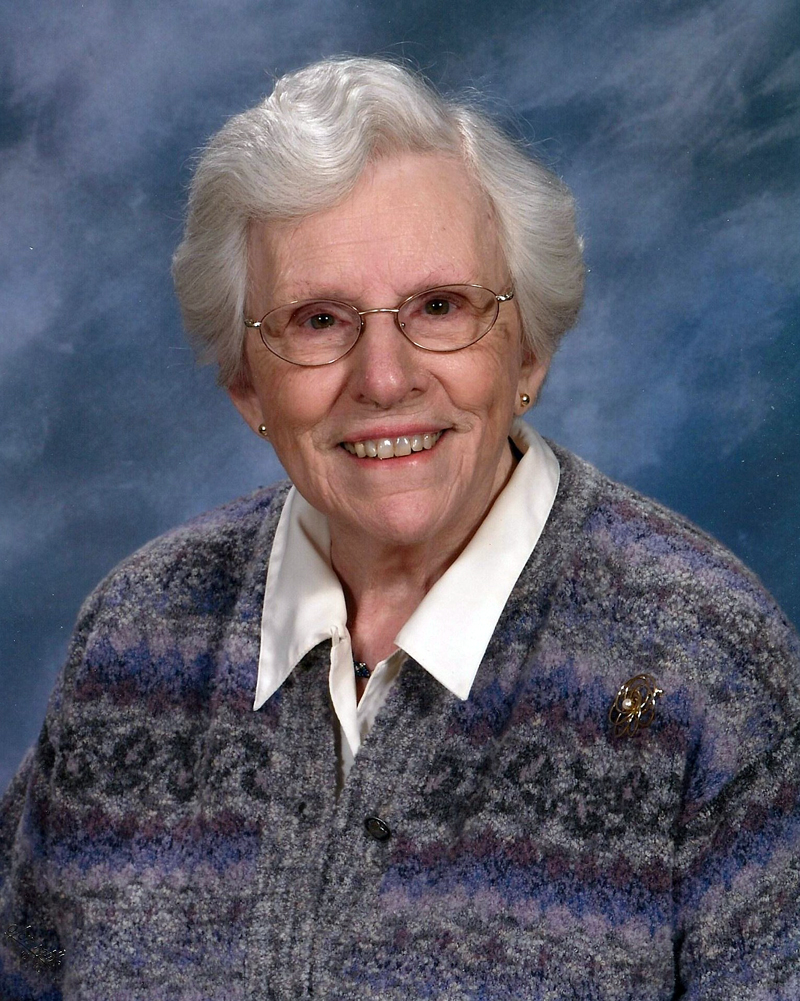 Carolyn grew up in Colts Neck, N.J. on the family farm where they grew apples. She had many fond memories of growing up with her brother, Carroll. She graduated from Red Bank High School in 1940. Carolyn married William Edgar Smith on July 18, 1942.

After her marriage to Bill, she lived with his parents on a farm in Freehold and managed the household, including cooking three meals a day for the farm hands. In the early 1960s, Carolyn and Bill joined with her family to operate Delicious Orchards in Colts Neck and develop the popular country food market. Due to her role, Carolyn was the “face” of the business and was recognized as the “apple lady” wherever she went. She enjoyed wonderful times with relatives and friends all having generations of family history in the area.

Carolyn retired to Maine with her husband Bill in the early 1980s after having vacationed in the Damariscotta area since 1964. She became active in local clubs, such as the Bremen Patriotic Club and the Christian Women’s Club, volunteered at Miles Hospital and was appointed to the Board of Directors for both Miles Hospital and The Lincoln Home. Carolyn served as president of The Lincoln Home Board of Directors during its expansion in the early 2000s. She was a member of Second Congregational Church in Newcastle and served on many boards and committees.

Besides her parents, Carolyn is predeceased by her beloved husband, Bill.

A memorial service will be held at 4 p.m., Sat., April 21 at the Second Congregational Church in Newcastle. Interment will be in Tennent, N.J. at a later date.